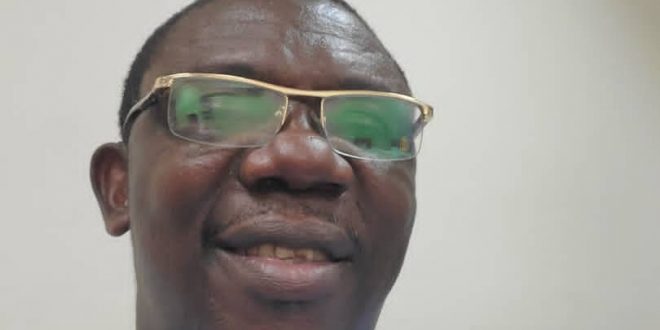 A three(3) times Central regional Chairman of the Ruling New Patriotic Party from 2002 to 2014, Mr Danquah Smith aka Chairman Butey has declared his intent to Contest for the National 1st Vice Chairmanship portfolio when nominations are opened next year 2022 for prospective aspirants to file.

Speaking on Boss Fm in Kumasi over the weekend àt the morning show hosted by the legendary Wofa Kofi Appiah, the affable, committed, Loyal and kind hearted politician revealed that, in order to break the 8(eight) which is the wish of the rank and file of the party shall be possible only through unity and rewarding of the grassroots Footsoldiers who killed themselves to win and retained the party at the 2020 elections that saw H. E. Nana Akufo Addo winning his second term.

See also  Presidential Spousal Pay: First, Second Ladies Say Thanks But No Thanks

“The party need leaders who would unite the party by bringing everyone on board going into elections 2024 knowing that every vote counts with regards to breaking the 8, he advocate to bring all former party executives and former Government appointees that are seating on the fence to tap into their wealth experience.

Also Chairman Butey promised when elected he will use his office to settle disgruntled party members who out of actions and inactions of some officers of the party had offended them in one way or another” these he believed will change and increase moral of members to campaign for 2024.

He further added that, “the party needs to reward the hardworking members from the grassroots whose toil gave power to the party, some thing he has done before as Regional Chairman and he will do same that shall include polling station executives, serial callers, voluntary groups, Communicators and identifiable groups, all these people needs to be rewarded for their long sacrifices for the party. He emphasise that as first vice he will employ means to know their wants across the length and breath of the country and when given the node, he will workout modalities for everyone to be happy.”

The experience former Chairman touched on allowing party structures to work from polling station to national Secuteriat, this would Strengthen the base of the party across the country. He touched on several strategies according to him would aid NPP to break the 8(Eight) during the 2024 polls.

According to him the agitations currently ongoing is part of normal politics when such opportunities are not available, he used the opportunity to request followers of flagbearer aspirants to tone down and allow party calendar to work in other to bring peace and sanity within the party and these will bring unity amongst party functionaries after the contest.

He asked all members including government appointees with opportunities to help members who needs their assistance and also respond to calls from members.

I'm Adwenpa-Hene |Blogger & Broadcaster Journalist. I am the CEO and manager of this noble website. I publish on Entertainment, Sports, Politics, Lifestyle, and Technology. You can also follow Us on : YouTube Channel - My Ghana Media TV, Facebook - MyghanaMedia TV , Twitter - @MyGhanamedia2 & Instagram - My Ghana Media TV. Email Address: [email protected] Contact Us: 0200818719
@@MyGhanamedia2
Previous Akufo-Addo Most Pampered President Ever; He Does Whatever He Likes – Mahama’s Aide
Next South African Woman Gives Birth To 10 Babies