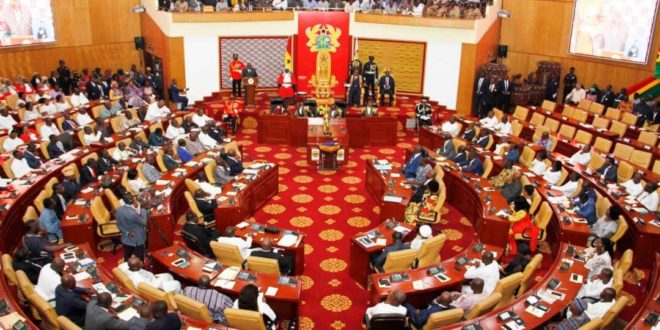 Ghana’s Parliament has approved the $750million loan agreement which formed part of a $1 billion dollar the government is seeking to pay for infrastructure projects across the country as well as increase the reserve.

The Minority accused the government of duplicating projects captured under the loan agreement.

The Ranking Member on the roads and transport committee Kwame Governs Agbodza asked the Finance minister and the Roads Ministry to come clear on the components of the loan before the approval.

“We have noticed some projects being duplicated in the agreement. We do not believe this is right and we will not encourage it. We want some clarifications. The real problem in the Eastern corridor is the Oti-Damongo session, which the Chinese have failed to deliver, and we are encouraging the Minister for Roads and Highways to terminate the contract and reward it.”

“If we have any resources, we should be setting aside some money for the new contractor to complete the session… We believe that the breakdown is not satisfactory. We are not necessarily opposed to the $750 million.

“We only want to get things clearer. The information we have gathered so far is too limited,” Mr Agbodza told journalists in Parliament on Wednesday July 20.