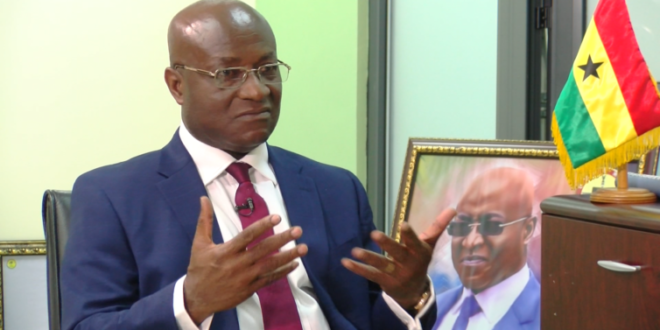 The Majority Leader, Osei Kyei-Mensah-Bonsu says Parliament was not been briefed on the Domestic Debt Exchange Programme.

According to him, the House did not know of the move until its announcement.

The Suame MP who doubles as the Parliamentary Affairs Minister said even though there were engagements prior to the presentation of the budget, the Domestic Debt Exchange Programme did not feature.

“There were meetings before the budget came to be consummated and later on presented by the Finance Minister.

“So we had broad discussions, but the details were not known to us at the time, but some consultations went on as to where exactly we were as a nation.

But I am not too sure that this matter came up for discussion maybe the broad strokes were mentioned but not the details,” he said in an interview with Citi FM on Monday.

Government in its quest to rescue the economy and secure a deal with the International Monetary Fund (IMF), government has proposed that all bondholders will not receive any interest on their bonds for the 2023 financial year.

The payment of dividends, according to government is likely to begin next year, 2024 at a discounted rate of 5%.

In relation to this, bondholders who may want to transfer or even forfeit their bonds will not even be able to get the full principal they initially invested as bonds.

This proposal, since its announcement, has been rejected by many bondholders who have subsequently expressed frustration about the development.

In their view, if the proposal is implemented, they will suffer a great deal of loss, with many of them stating that their investments may even become unprofitable.

Some of the aggrieved bondholders, who recently interacted with JoyNews have thrown their hands in despair, with others contemplating suicide.

The affected investors say with government’s intended management of their bonds, they may not even be able to meet their expenses such as rent, feeding and the payment of fees for their wards.

They have therefore called on government and other relevant stakeholders to intervene in the matter.

In this regard, policy analyst, Senyo Hosi, who is part of the crusade is currently mobilising all affected bondholders to collectively resist the move by government.