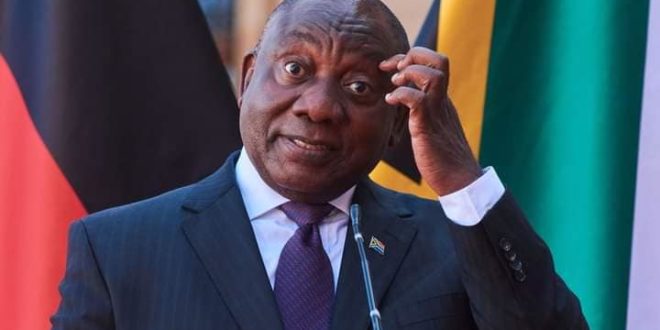 South Africa’s President Cyril Ramaphosa has cancelled plans to attend the World Economic Forum (WEF) in Davos Switzerland, due to the ongoing energy crisis. crisis in his country, his spokesman has said.

The country is facing its biggest ever power crisis with people experiencing rolling blackouts of up to six hours a day.

South Africa is experiencing record blackouts due to troubles at state-owned power utility Eskom over the past 12 months.

See also  Teacher Trainees To Feed Themselves Starting May 8 – PRINCOF

Ramaphosa was due to lead a government delegation to the event, the AFP news agency reports.

But he will instead hold talks with leaders of political parties and the state-run power company Eskom, said presidential spokesman Vincent Magwenya.

“President Cyril Ramaphosa has already engaged with the leadership of Eskom and National Energy Crisis Committee(NECCOM) and those meetings will continue,” he said.

Due to the ongoing energy crisis, President @CyrilRamaphosa has cancelled his working visit to the World Economic Forum in Davos. Currently the President is convening a meeting with leaders of political parties represented in parliament,NECCOM and the Eskom board.

See also  "Why Is The Government Paying My Children’s School Fees? When I Didn’t Ask For It" – John Awuah Asks Akufo-Addo