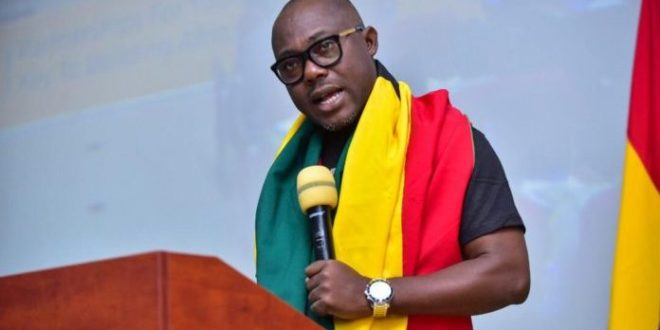 The University Teachers Association of Ghana (UTAG) is accusing the government of intimidation aimed at getting it to suspend its nationwide strike.

The industrial action by the lecturers, in demand of better conditions of service, is now in its third week.

This stand-off between UTAG and the government has become a source of worry among students, who fear the academic calendar could be disrupted.

But the Secretary of the University of Ghana chapter of UTAG, Prof. Ransford Gyampo says not even a court action would cause them to resume work until their demands are met.

“Just to put it bluntly; we are not negotiating. UTAG has given its demands and for now, the government has not said anything to those demands. So we are not negotiating. We are willing to meet them in court because we know they will take us to court. Times are hard, but government finds money for whatever they want to do. So they should be engaging us frankly and honestly. Instead of them doing that, they have resorted to intimidating us.”

“They are worsening the situation because nobody can compel a teacher who is hungry and angry and has taken to industrial action to go back to the classroom. Members are aware of the actions, and they have resolved that [even] if it means they will commit all of us to prison, we are ready”, Prof. Gyampo cautioned.

UTAG had earlier called on President Akufo-Addo to intervene in addressing the concerns of the association.

The association believes the President’s intervention will help calm matters and make the lecturers return to work.

Dr. Eric Kwabena Kyeh Abavare, the UTAG Vice President of the Kwame Nkrumah University of Science and Technology, said the universities are not to blame for the continued refusal of lecturers to return to the classroom.

“I do not for once blame the employers because we can see genuine efforts on their part, but they don’t have the ability [to make us return to the classroom]. There are three people who can solve this issue and one is the government of Ghana; Nana Akufo-Addo [the president], I think a word from him can neutralize all of this,” he said.

UTAG members on all campuses are on strike to force the government to restore the conditions of service agreed upon in 2012.

UTAG has complained that the current arrangement has reduced its members’ basic premiums to $997.84.

Meanwhile, members of the Tertiary Educational Institutions Network under the National Democratic Congress (NDC) at KNUST, at a press conference, expressed disappointment in the government’s handling of the strike by their lecturers.

Theophilus Berchie, the President of TEIN KNUST, said, “we are talking about the future of young people. Students suffer the most during such strikes. After a compromise, why has the government failed to engage UTAG to a reasonable conclusion after the effects of the first strike, which disorganized many students across the country? Why are the government officials and communicators being insensitive to the suffering students and their future with their commentaries about the strike,” he quizzed.

The PRO of the Graduate Students Association of Ghana on the campus of KNUST, Francis Mintah has also reiterated the call for stakeholders to help resolve their concerns.

“People are stranded. The government together with all stakeholders should try and let cool heads prevail and come to a consensus so that the lecturers can resume lectures so that we can benefit from what we have paid for,” he said.

See also  Asantehene To UTAG: ‘Times Have Changed; Be Measured In Your Expectations'

UTAG ACCEPTS TO REPORT FOR THE COURT SITTING FILED BY NLC.
"We don't care going to jail over our strike actions, even for months or years… " – Prof. Gyampo pic.twitter.com/jZjQaFMbsS 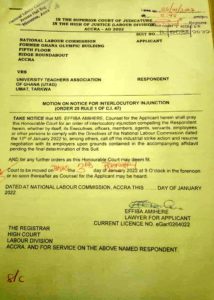 I'm Adwenpa-Hene |Blogger & Broadcaster Journalist. I am the CEO and manager of this noble website. I publish on Entertainment, Sports, Politics, Lifestyle, and Technology. You can also follow Us on : YouTube Channel - My Ghana Media TV, Facebook - MyghanaMedia TV , Twitter - @MyGhanamedia2 & Instagram - My Ghana Media TV. Email Address: [email protected] Contact Us: 0200818719
@@MyGhanamedia2
Previous Ken Ofori-Atta: E-Levy Not The Most Egregious Tax
Next Ace Sports Broadcaster Kwabena Yeboah Appointed To Board Of Ghana Airports Company