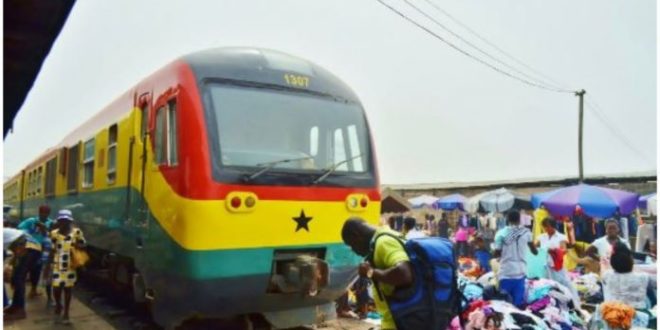 The Ghana Railway Workers Union has withdrawn its intention to stop the two passenger train services on the Accra to Tema and Kojokrom via Sekondi to Takoradi rail lines.

The decision follows a successful meeting between officials of the Ministry of Railways Development, the Ghana Railway Company Limited and the Workers Union.

The Railway Workers Union had in an earlier statement threatened to withdraw the two passenger train services.

The Union’s threat was to register its protest against the Railway Act, Act 779 which among other things transfers assets which hitherto was under the care of the Ghana Railway Company Limited to the Ghana Railway Development Authority.

“Series of appeals for this Act to be reviewed has not yielded the desired results… as a result GRDA has taken undue advantage of this Act and are perpetuating acts that are detrimental to the survival of GRCL,” the statement dated August 11, 222 had lamented.

But at a recent meeting, players in the railway sector agreed that henceforth “the Ghana Railway Development Authority should clear with the Ministry of Railway Development before embarking on any activity with regards to assets hitherto under the care of GRCL”.

“The MORD still stands by its decision for all scraps metal in the Railway sector to be disposed of by public auction and supervised by the committee it put in place and the proceeds used for the GRCL interest,” point two of the agreement reads.

The meeting also agreed: “Under no circumstance should any agency under the MORD sell scraps metal without the express approval of the MORD”.

General Secretary of the Railway Workers Union Godwill Ntarmah in a statement said the Union finds the agreements at the meeting satisfactory and as such “withdraw our intention to stop the running of the two passenger trains from 22 August 2022 as earlier threatened”.