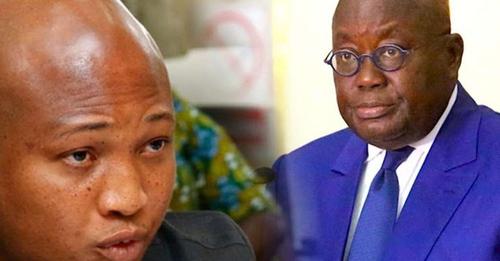 The North Tongu Member of Parliament,  Samuel Okudzeto Ablakwa seems to have diagnosed the reason behind the hesitation the New Patriotic Party (NPP) government is showing in going to the International Monetary Fund (IMF) for bailout.

The country’s debt portfolio has ballooned to the extent that urgent measures are needed to save the economy from total distress.

Among the options tabled in the wake of the controversy that has greeted the introduction of a tax on electronic transactions is a return to the IMF, whose programme the current government steered Ghana out of.

Speaking at the maiden townhall meeting on the Electronic Transfer Levy in Koforidua last month, Minister of Communications and Digitalisation Ursula Owusu-Ekuful insisted that dependence on other countries for loans and grants will subject the country to the whims and caprices of the benefactors.

“So long as we depend on loans, they will dictate the pace of our development,” she noted on Thursday, January 27.

“We need to find the way to increase domestic revenue mobilisation. We are talking about a Ghana Beyond Aid, we need to be able to finance our own development and stop the dependence on either loans or grants or aid from other countries if we are to be truly independent.”

But speaking on The Keypoints on TV3/3FM on Saturday, February 5, MP Okudzeto Ablakwa said the profligacy that has characterised the current administration is what is keeping it from going to the IMF for a bailout.

See also  Planting for Votes: Agric Minister Sets NPP On Fire With One Delegate, One Tractor

He said the IMF will definitely impose conditionalities, one of which will be controlled expenditure, a suggestion which the incumbent government cannot stand.

“The IMF will not allow the President to abandon the presidential jet whenever he is travelling,” he cited.

“They will have to cut down on their extravagance [and] on their ostentation. That is why they don’t want to go there.”