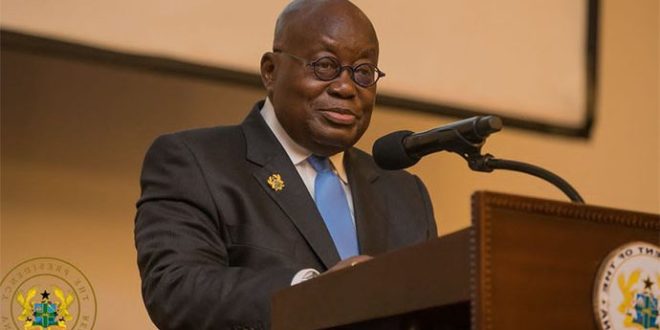 The construction of a 3.0km long bridge that will link Kwahu to the Afram Plains has been given a major boost following the approval by Parliament, of an agreement for an amount of €230million Atradius credit facility to finance the project.

The credit facility secured from the Deutsche Bank AG, Frankfurt am Main, Germany by the Government of Ghana, will see the construction of the 3.0km two-lane bridge including service lands and walkway over the Afram River from Adawso to Ekyi Amanfrom.

The bridge project also includes the construction of facilities for weighing, police post, ambulance station and other ancillary facilities.

The project areas include Kwahu Afram Plains North, South, and Kwahu South Districts of the Eastern Region which are in close proximity of the Sekyere Afram Plains in the Ashanti Region.

Other project interventions to be catered for by the Atradius Credit Facility include the road between Adawso and Bunso on the N6, approximately 128km, linking the Afram Plains with the commercial, administrative, health and educational centres in the region, and also boosting the agricultural sector in the Afram basin.

Moving the motion for consideration and approval of the report of the committee on the loan agreement at a plenary sitting on Thursday, February 3, 2022, the Chairman of the Finance Committee, Kwaku Kwarteng, told members that the project has a fixed term duration of 30 months (two years and six months) which when completed will also foster internal and regional integration.

He further told the House that communities in Afram Plains have great potential to contribute significantly to food security in Ghana through the significant supply of farm produce to consumers in major cities and towns in Ghana.

Mr. Kwarteng, who is the NPP MP for Obuasi West, said inhabitants of the districts are often almost cut-off from the rest of the country due to limited physical access on three sides of the Afram River and lack of connecting roads to other parts of the country, leaving the ferry as the only means of transport.

Therefore, the project when commenced “is expected to propel greater access to employment opportunities, educational and health facilities, agricultural development, social inclusion and networking by directly or indirectly, benefitting approximately 67,260 households in the catchment area.”

“The project intervention will support the structural transformation that Ghana is undergoing as it moves beyond lower-middle-income status by facilitating the movement of people, goods and services, thereby, increasing the tempo of economic activities in the project districts,” he added.

The NDC MP for Sekyere Afram Plains, Alex Adomako-Mensah, who is a Member of the Finance Committee, seconded the motion. However, he complained bitterly why there is no physical benefit of the project, especially, road link, to the people of Sekyere Afram Plains.

But his colleague NDC MP for Afram Plains South, Joseph Appiah Boateng, whose constituency is the main beneficiary of the project, rebuked him when he took time to contribute to the motion at hand.

He told the House that this was the time to commend the government for “such a bold initiative” which was going to inure to the benefits of the people of Afram Plains and nearby communities.

“Government has done well for Afram Plains. When it comes to a point like this, we don’t have to politicise it because, across the political spectrum, we have to know that government is doing well,” he noted.

He said Afram Plains is a deprived area which lacks social amenities such as roads, potable drinking water, electricity, mobile network connectivity, among others, adding that for government to construct a bridge across the Afram River to ease the burden on the people, it was proper to commend it for initiating such a bold project.

“The bridge is one of our problems and if government is going to construct it, all I can say is thank you,” he stressed.

The Majority Chief Whip and NPP MP for Nsawam-Adoagyiri, Frank Annoh-Dompreh, also contributing to the motion, said the Afram region is indeed, the food basket of the country, apart from the Northern Region and therefore, called on all members to support “this audacious important project” which is going to be the game changer.

“This project is seeking to transform the agricultural lives of the people not only in the Afram region but other adjourning areas,” he noted.

During the 2016 electioneering campaign, then flag bearer of the New Patriotic Party (NPP) who is now President of the Republic, Nana Addo Dankwa Akufo-Addo, promised the people in Afram Plains about his resolve to construct a bridge over the Afram River to help abate the frustrations and difficulties they go through when travelling on it.

This, he noted, would pave way for the progress of the communities in the enclave.

His promise was reiterated by the District Chief Executive (DCE) of the area, George Ofori, during a Town Hall meeting in August 2018 following the completion of feasibility studies of the project by a team of engineers from China and Norway.

Afram Plains consists of two districts – Afram Plains South and Afram Plains North, with Tease and Donkorkrom as the district capitals respectively. These districts cover a total of 5,436 square kilometers of the landmass.