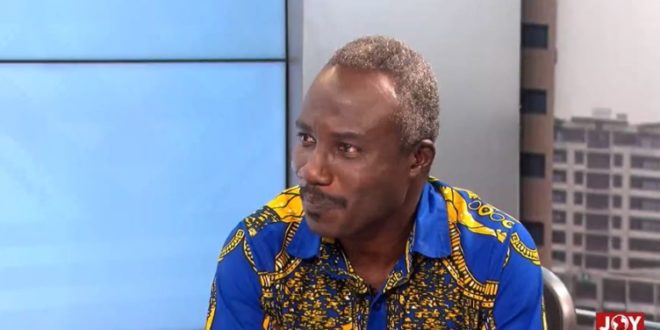 Director of Research at the Office of the Presidency, Dr. Isaac Owusu Mensah has explained why the New Patriotic Party lost some seats in the 2020 elections despite the party retaining power.

He said the current situation of an equal number of seats in Parliament is due to the untoward behaviour of some NPP MPs who lost their seat by becoming “too big” after the 2016 elections.

“Some of the Members of Parliament in the last government became too big, not approachable. All the factors that propelled them to win the 2016 elections, all too soon they had forgotten about them,” he told Raymond Acquah on Upfront last Wednesday.

According to the Political Scientist, had it not been for the arduous efforts of MPs like Samuel Abu Jinapor, Peter Amewu, Hassan Tampuli and Amin Adam, the NPP would have been the Minority in Parliament.

“We told them in 2019 that they are going to lose this number of seats. Let me be honest to say that if it had not been Abu Jinapor, Minister for Lands and Natural Resources, Honourable Amewu, Hassan Tampuli and MP for Karaga, Amin Anta Adam these gentlemen did whatever they could in order for them to win their seats if they had not done that NPP would have been in Minority.

“So the data in 2019 did not change in 2020 elections because the conditions in which we indicated were not met by the NPP at the time so if they had met those conditions things would have changed,” he said.

He also dismissed projections that the New Patriotic Party (NPP) cannot secure a third consecutive victory in the 2024 polls.

He contended that these and other factors found in research data conducted by him put the current government in the best position to win the next presidential race.

“I can tell you that the NPP will win the next election. If you go to Ahafo Ano, they are able to show you that [they] have about 5,000 of the voter population in this town who did not vote because of ‘abcd’ reasons.

“So, if NPP is able to galvanise all these types of voters, they will win,” he said.

Dr Owusu-Mensah urged the Party’s leadership to resolve internal wranglings that can potentially ruin their chances of defeating their main opponent.

“I will say this; the government can break the eight with a slim margin; not because I’m in government,” he stressed.

I'm Adwenpa-Hene |Blogger & Broadcaster Journalist. I am the CEO and manager of this noble website. I publish on Entertainment, Sports, Politics, Lifestyle, and Technology. You can also follow Us on : YouTube Channel - My Ghana Media TV, Facebook - MyghanaMedia TV , Twitter - @MyGhanamedia2 & Instagram - My Ghana Media TV. Email Address: [email protected] Contact Us: 0200818719
@@MyGhanamedia2
Previous I Staked ¢10k In Betting But Won Only ¢200 The Whole Of Last Year – Former University of Ghana Student
Next Today’s Newspaper Headlines: Monday, April 25, 2022