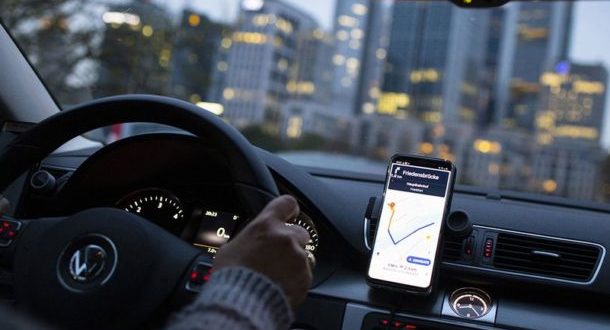 A Ghanaian resident in the US, Philip Appiah, 21, was found by Union City officers in a fetal position next to his car bleeding from his head and mouth near Citizens Lanes bowling alley and Cru-Lounge along Goodson Connector Road on Nov. 23, an incident report obtained by The Atlanta Journal-Constitution said.

He was pronounced dead at the scene.

No charges have been filed after an Uber driver was fatally shot by a security guard in late November after dropping off a woman at a Union City business, police said.

A security guard working at the location immediately told responding officers that he shot Appiah, the report reveals. The man was detained for questioning. As of Thursday, no charges have been filed and police spokesman Jerome Turner said the killing “appears to be self-defense from witness statements and interviews received at this time.”
The investigation is ongoing.

In an attempt to piece together the events of that night, officers noticed that Appiah’s car was riddled with bullets, the report said. Along the fence line in the parking lot of the nightclub, an officer found about nine shell casings and other rounds near a row of parked vehicles. Two cars were struck by bullets and damaged, according to the report.

At the scene, a woman told officers that Appiah was her Uber driver and had dropped her off at the location before the shooting occurred. She told police that Appiah “seemed agitated while he drove her” and at one point “turned up the music to drown out hearing any further requests” after she asked him to turn up the heat, the report said.

She added that he drove “violently” and honked at cars in the valet line at Cru-Lounge and Citizens Lanes, according to the incident report. That was when the security guard got involved, she told officers.

The guard approached Appiah and asked why he was honking, she told officers. After the two men exchanged words, the woman told officers that Appiah asked her to get out of the car. She then observed Appiah rummaging through his vehicle for something, the report said.

When the woman turned toward the security guard, she told police he was pointing a gun at Appiah, according to the report. She said Appiah then turned around and left and she went inside the location. Soon after, gunfire rang out.

Another security guard working at the location told officers that he exchanged gunfire with Appiah after he observed the man shooting at the other guard, the report said. He was not detained, but did provide a written statement.