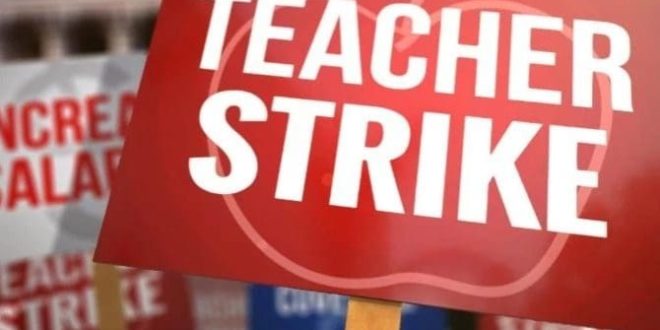 We Are Not Returning To The Classroom On Monday – UTAG President

The University Teachers Association of Ghana (UTAG) has declared that lecturers will not be returning to the classroom on Monday (21 February 2022).

Speaking on The Forum on Asaase Radio 99.5 on Saturday (19 February), , said there will be no teaching on Monday on any university campus in the country.

He maintained that the association will meet to evaluate a request from the education committee of Parliament to call off the strike and return to the negotiating table.

“We’ll still be on strike this coming Monday and we’ll not be returning to the classroom,” Professor Nunoo said. “When we met Parliament last Thursday, the government gave an indication that they want us to sit and talk about the issue, for which reason we asked for a period so that it gives room for us to talk to the employers …

“So, at the moment, this is where we are … We’ll be convening a meeting to evaluate and assess whether the request from the parliamentary select committee will receive a favourable response from UTAG.

“Also, concerning the issue of the court action … as I told you, we have instructed our lawyers to try and set it aside, which they’re doing at the moment. So, on Monday there wouldn’t be any lectures on any of the campuses.”

UTAG agrees to call off strike

Earlier news had suggested that the UTAG leadership had agreed in principle to call off the five-week-long strike after meeting with the education committee of Parliament.

The meeting, which involved the leadership of UTAG, senior executives of the Fair Wages and Salaries Commission, the Minister of Education and the Minister of Employment and Labour Relations, is said to have lasted for hours.

Speaking to the media, Peter Nortsu-Kotoe (Akatsi North), the ranking member of the education committee, said: “In principle, on our appeal, they have agreed [to call off strike] on condition that the government is ready to sit down with them immediately for them to resolve outstanding matters.

“The minister gave us the assurance that they are going to be committed once the committee has directed. There’s no way he, as the leader of the government delegation, will fail to meet with them,” Nortsu-Kotoe said.

Meanwhile, the substantive motion is still in court and is expected to be heard on Tuesday 22 February 2022. UTAG believes that it has a good case.

I'm Adwenpa-Hene |Blogger & Broadcaster Journalist. I am the CEO and manager of this noble website. I publish on Entertainment, Sports, Politics, Lifestyle, and Technology. You can also follow Us on : YouTube Channel - My Ghana Media TV, Facebook - MyghanaMedia TV , Twitter - @MyGhanamedia2 & Instagram - My Ghana Media TV. Email Address: [email protected] Contact Us: 0200818719
@@MyGhanamedia2
Previous Dodo Fie JHS Left To Rot Due To Low Performance Of BECE Candidates
Next Bosome Freho: “I Will Preside Over A Peaceful And Violent-Free Elections” – NPP Constituency Chairman Assures.