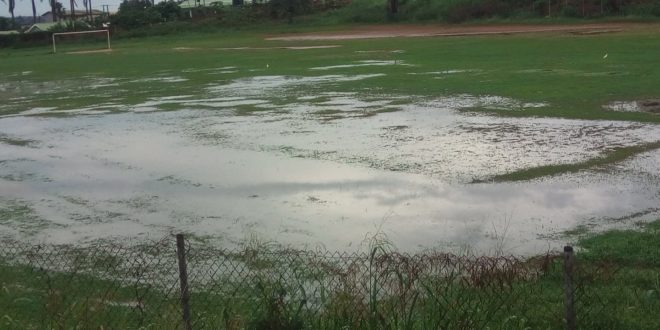 The Eastern Regional  Minister has disclosed that his outfit will supervise the fixing of the  Akyem Oda  Sports Stadium for approval from the continent’s governing body of Ghana Football (GFA, NSA).

Akyem Oda Based Division One Side Kotoku Royals Football Club have secured promotion to the Ghana Premier League for the first time in their history from the National Division One League Zone Three.

The Eastern Regional Minister, Hon Seth Kwame Acheampong has lamented that he will consult the ministry of Youth and Sports to take the necessary steps to fix the Akyem Oda Sports Stadium with immediate effect.

He also assured that the government will do it’s possible best to use the qualification of Kotoku Royals FC to Ghana Premier league as an opportunity to settle all disputes in the Kotoku Traditional Area.

Hon Seth Kwame Acheampong also congratulated the players for their hardwork in securing a position in the premier league, while appreciating the efforts of supporters and stakeholders towards the club.

He made this statement whiles speaking to Akyem Aboabo based Ahenkan 93.3 Fm’s Sports team at Tema Sports Stadium after the crucial match between Kotoku Royals Fc and Tema Youth FC.

Meanwhile, one of the die hard supporter, Abontendomhene Nana Arkoh Frempong posted on social media, Now that Akyem Oda Kotoku Royals has qualified for the Ghana Premier League our next agenda is focused on developing Oda Sports Stadium for us to enjoy good football matches next season!

Kotoku Royals F.C. is a professional football team from Akim Oda, Eastern Region in Ghana. Founded in 2003 and given permission to play professional matches in 2005.