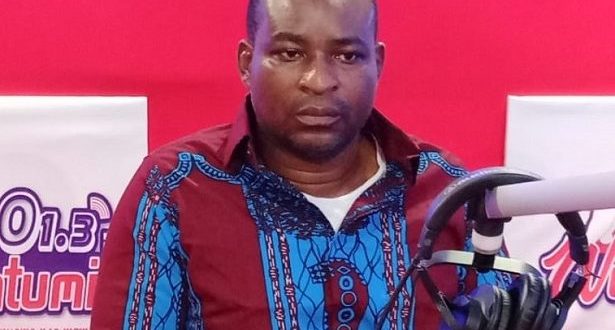 The Ashanti Regional Chairman of the New Patriotic Party (NPP), Bernard Antwi Boasiako, is virtually up in arms against Kofi Asante, a broadcast journalist.

According to him, Kofi Asante, who is the morning show host of Akoma FM, a popular radio station in Kumasi, is sabotaging his efforts to get re-elected as NPP chairman.

Nicknamed ‘Wontumi’ in political circles, the NPP capo, who sounded very angry and panting for breath, accused Kofi Asante of being unprofessional live on radio.

Kofi Asante suffered the verbal attacks from Wontumi when he (Asante) called Wontumi to comment about allegations that he (Wontumi) had abandoned a public school project.

Scores of people, including traditional leaders of Kromoase near Kumasi, had called into the Akoma FM morning show to accuse Wontumi of abandoning a school project.

According to them, Wontumi’s company was awarded the contract to build a classroom project at Kromoase but he has abandoned project, after receiving the contract sum.

Nana Opoku Karikari, the Kromoase Chief, said he has been reliably informed that Wontumi is in charge of the abandoned project, and urged him to do the right thing.

“I am not agitating because of politics. I only want to see development in my community,” the Kromoase Chief noted, and said Wontumi was not helping them.

At this juncture, Kofi Asante, who is an award-winning broadcast journalist, said the Kromoase residents were only making allegations against Wontumi, who deserved a hearing.

The Akoma FM morning show host therefore decided to give Wontumi the opportunity so that he could directly respond to the wild allegations, being leveled against him.

See also  Ghana Has No Direction As A Country – Nunoo-Mensah

When Wontumi was given the platform to respond, he surprisingly started to verbally attack Kofi Asante instead, accusing him of being diabolical and unprofessional.

“Kofi Asante you are diabolic. I will not reply you as to whether I am in charge of the project or not. I don’t owe you any explanation,” he said and hanged up the phone.

Kofi Asante, who was shocked by Wontumi’s actions, said “listeners should make their own judgment because I gave him the chance to confirm or deny the allegations.”