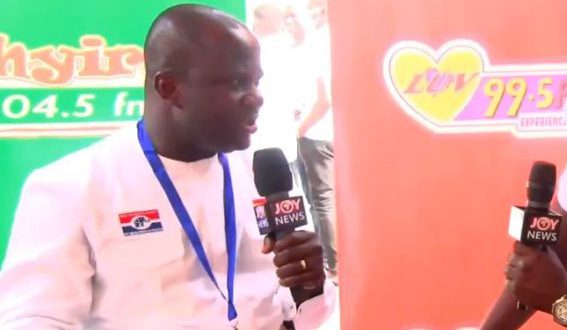 The Lands and Natural Resources Minister, Samuel Abu Jinapor, says it is premature for the incumbent New Patriotic Party (NPP) to be obsessed with thoughts of winning the 2024 elections.

According to him, members and the leadership of the party must work towards better governance by executing their mandate and policies.

Speaking to JoyNews on the sidelines of the ongoing NPP national delegates’ conference in Kumasi, Mr Jinapor observed that calls for the election of a flagbearer two years before the main election is needless.

He noted that in making the determination of whether to elect a presidential candidate two years when the party is in power, all major factors must be taken into consideration.

“My respectful contention is that one of the most important considerations which has to be factored into when we elect our presidential candidate is that we in the NPP must be mindful that we are a ruling party, we are in government, and we are not in opposition.”

Mr Abu Jinapor cautioned the party against any action that will create the impression that “somehow rather, we (NPP) are more concerned about winning election or the politics of the time than governing.”

The Editor-In-Chief of the New Crusading Guide, Abdul Malik Kweku Baako Jnr, has equally advised the governing NPP to abate the decision to elect a flagbearer two years before the next general election.

He added that the premature move of some persons declaring their ambitions to contest as flagbearers of the party will negatively affect the incumbent government if it persists.

“Selecting a flagbearer two years ahead of the election is unsustainable, and it is not in their [NPP] interest. I think they should abandon that particular project,” he stated on JoyNews’ Newsfile.

Over 6,000 delegates of the New Patriotic Party (NPP) are locked in a national conference in Kumasi to consider about 38 proposed amendments to the party’s constitution while considering a number of issues aimed at helping the NPP to win the 2024 presidential election.

Article 10(2) sub-section one of the NPP Constitution makes provisions for holding annual delegates’ conference which shall be the supreme decision-making body for the party.

For this year, one of the key proposals that will be up for consideration is the issue of electing a presidential candidate two years before a national election.

This year’s conference is under the theme, “Our Resolve, Our Determination, and Commitment to Ghana’s Development.”