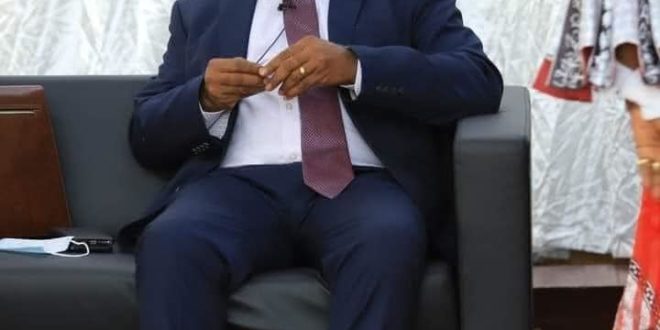 Majority Leader, Kyei-Mensah-Bonsu To Bow Out Of Parliament After His Current Term Expires

The Majority Leader, Osei Kyei-Mensah-Bonsu, has declared his intention not to seek re-election after his current term expires in 2024 general elections .

The Member of Parliament (MP) for Suame constituency in the Ashanti Region, who also doubles as the Parliamentary Affairs Minister, disclosed this in an exclusive interview with JoyNews.

“We have sounded from the rooftops already, which means that the decision has been made. I’m not contesting; that’s for the avoidance of doubt,” he said.

“Time comes that one must decide to bow out when the applause is loudest,” he added.

Mr Kyei-Mensah-Bonsu was first elected into Parliament during the 1996 Ghanaian General Elections on the New Patriotic Party (NPP) ticket to represent the Suame Constituency in the Ashanti Region.

See also  Majority Leader To NPP Challenger: If It’s For You, I Will Contest Again To Show You Where You Belong [video]

He since has served as MP for Suame and is currently the longest-serving Member of Parliament.

Mr Kyei-Mensah-Bonsu has seen it all, served as Minority Whip, Minority Leader, and now Majority Leader.

By the end of this Parliament, he will be holding the joint record with the current Speaker of Parliament as the longest-serving MPs in the 4th Republican History.