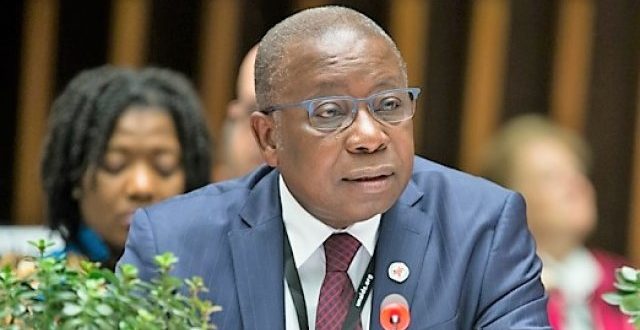 The Minority in Parliament is pushing for the removal of the Minister for Health, Kwaku Agyemang-Manu, over his ‘dishonest’ role in the  Sputnik-V vaccines procurement scandal.

In a memo to the Speaker of Parliament calling for a vote of censure, the Minority said his actions were a “direct breach of the Constitution and Laws passed by this Honourable House.”

Outlining Mr. Agyemang-Manu’s failings in the six-point memo, they said the minister was guilty of perjury, among others, when he “misrepresented to the Ad Hoc Committee on Oaths that no payment was made under the agreement to the Private Office of His Highness Shiek Ahmed Dalmook Al Maktoum [the Dubai-based businessman the Ministry of Health contacted for the procurement].”

The controversy over the vaccines began when a Norwegian newspaper, VG, reported that the government was using the services of middlemen to procure 3.4 million doses of Russia’s Sputnik-V COVID-19 vaccines.

But this was at a higher cost of $19 other than the original factory price of $10 and prompted calls for the abrogation of the procurement contract.

Mr. Agyemang-Manu had earlier claimed that the state had not made any payments for the vaccine.

The Health Committee in Parliament had also said the government was not being ripped off in the deal with its chairman, Dr. Nana Ayew Afriyie saying that the Russian Direct Investment Fund (RDIF) and the procurement of the Sputnik-V vaccines require the use of middlemen whose activities will lead to an increase in the original price.

Dr. Afriyie also said no consignment has been received, but a parliamentary committee set up to probe the deal indicated that the $2,850,000 representing 50 percent of the $5,700,000 owed to Sheikh Maktoum for the supply of 300,000 doses of Sputnik V vaccine was actually paid to him, although only 20,000 doses were delivered.

The contract, according to Mr. Agyemang-Manu, was abrogated by Sheikh Ahmed after failure to meet his obligation.

Findings of the committee

The parliamentary committee set up to probe the deal released damning findings, including the fact that the Health Ministry did not receive Cabinet approval for the deal.

The Health Ministry also breached the constitution by not seeking parliamentary approval for the agreement. In addition, the Public Procurement Authority did not seek approval from its Board before signing the Agreements.

The Minister for Finance had been tasked to take steps to recover the moneyalready paid to Sheikh Al Maktoum.

The committee, however, did not outline explicit sanctions for the Health Minister.

These findings were contained in a 29-page report.