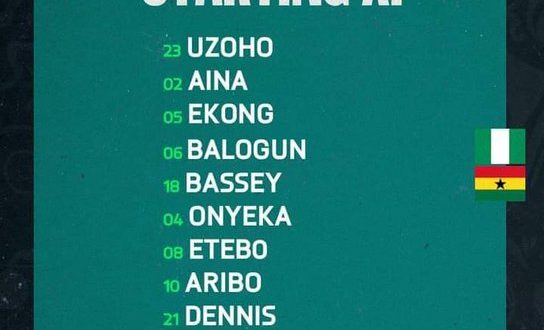 Nigeria coach Augustine Eguavoen has made fist changes to his starting line up for Tuesday’s decisive 2022 World Cup playoff against Ghana. Rangers left back Calvin Bassey takes the place of FC Porto’s Zaidu Sanusi in a cracking line-up against the Black Stars.

Francis Uzoho kept his place in post alongside the defensive network of Ola Aina, William Troost-Ekong and Leon Balogun Napoli star Victor Osimhen will be the arrowhead at the Moshood Abiola Stadium in Abuja.

Ghana had more of the possession and chances but proved sloppy in their finishing during the first leg in Kumasi. Only twice did they test goalkeeper Francis Uzoho, who made a stop from a stinging shot by Issahaku Fatawu in the 33rd minute and then again in the 71st minute from Mohammed Kudus.

Nigeria’s best opening fell to Moses Simon 10 minutes into the second half but he squandered the chance to score a vital away goal.

Nigeria were awarded a penalty with 15 minutes left when Idrissu Baba Mohamed handled the ball after being tripped in his own penalty area, but after a VAR check the referee changed his decision and handed Ghana a free kick. Ghana were playing their first game under new coach Otto Addo, who had former Brighton & Hove Albion manager Chris Hughton as a consultant.

He handed debuts to AS Roma teenager Felix Ohene-Gyan and 33-year-old former Belgium defender Denis Odoi, who switched allegiance ahead of the two-legged playoff. Leicester City’s Ademola Lookman, who had previously played for England at under-21 level, made his Nigeria debut as a substitute for the last 15 minutes.

A scoring draw will see Ghana qualify for the 2022 FIFA World Cup mundial in Qatar in November this year whiles Nigeria needs a win to make it at the expense of Ghana. Nigeria-Ghana is one of five crunch ties on Tuesday that will determine which teams will represent the continent at the tournament in Qatar.

In the other ties, both Algeria and Tunisia will be confident of building on their 1-0 wins in Cameroon and Mali respectively.

Morocco will hope a home win can follow their 1-1 draw in DR Congo, while Egypt must travel to protect a narrow one-goal lead at the home of African champions Senegal 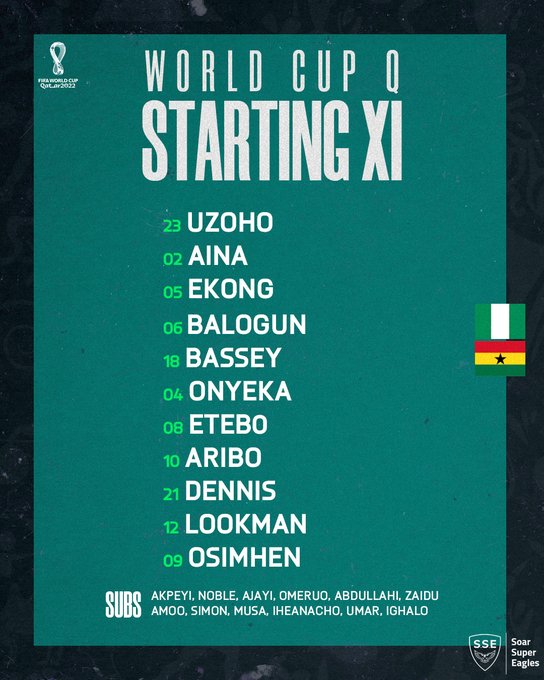 I'm Adwenpa-Hene |Blogger & Broadcaster Journalist. I am the CEO and manager of this noble website. I publish on Entertainment, Sports, Politics, Lifestyle, and Technology. You can also follow Us on : YouTube Channel - My Ghana Media TV, Facebook - MyghanaMedia TV , Twitter - @MyGhanamedia2 & Instagram - My Ghana Media TV. Email Address: [email protected] Contact Us: 0200818719
@@MyGhanamedia2
Previous Parliament Passed E-Levy: Full List Of Transactions To Be Affected And Exempted
Next Black Stars Of Ghana Qualify For Qatar 2022 World Cup