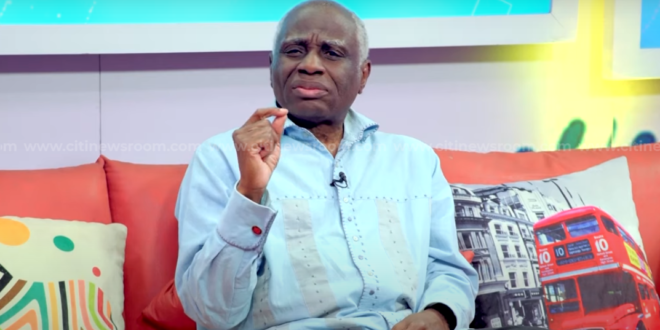 Tsatsu Tsikata: Only Uninformed People Say 1992 Constitution Was Made For J.J Rawlings

Renowned legal practitioner, Lawyer Tsatsu Tsikata says people who claim that the 1992 Constitution of Ghana was solely made for the late former President Jerry John Rawlings are highly uninformed.
For him, it will only take ignorance to take such posture on the 1992 4th Republican Constitution.

Mr Tsatsu Tsikata made the comment when he delivered a lecture Tuesday evening, (July 26, 2022) at the State House in Accra to commemorate the 10th anniversary of the passing of President John Evan Atta Mils.

He said the framers of the 1992 Constitution took cues from the previous Constitutions of the country, particularly the 1979 Constitution and therefore one cannot hold the view that the constitution was made for the late former President Jerry Rawlings.

For him, changing provisions in the 1992 Constitution was not a panacea to Ghana’s development if corruption, weak institutions and vices which stand against the country’s development were not stopped.

He, however, acknowledged the fact that reforms of the country’s 1992 constitution were necessary, adding that to make Ghana better was to make institutions work effectively without any interference.

Touching on the personality of late President Mills, Mr Tsatsu Tsikata said President Mills worked with an integrity and had the national interest at heart at all times.

He said President Mills was someone who empowered the technocrats in the country under his administration to deliver services in the interest of all.

For him, President Mills was a man who never took credit for the many things he did, but wanted his appointees rather to take credit for such things.

He said President Mills’ role in the country’s oil and gas sector cannot be underestimated but never claimed glory for the roles he played in that regard.

Mr Tsatsu Tsikata said President Mills was someone who never sought for political power but was sought after due to his personality and expressed the conviction that posterity will judge President Mills “very well” due to the integrity with which he worked.