Breaking News
Home / GENERAL NEWS / GPA To Children Of Couple Found Dead In Their Home: We Will Provide The Best Of Psycho-Social Support 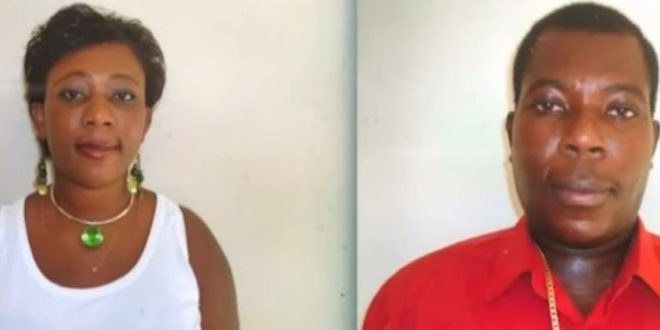 GPA To Children Of Couple Found Dead In Their Home: We Will Provide The Best Of Psycho-Social Support

The Ghana Psychological Association (GPA) will offer free psycho-social services to children of a couple who died under bizarre circumstances at Atwima Maakro near Abuakwa in the Ashanti region.

The Ghana Psychological Association says it is touched by the plight of the children after monitoring the story on the Multimedia Group’s platforms.

National President of the Association, Dr. Collins Agyemang Badu, told JoyNews that a GPA team of eight psychologists will collaborate with the medical team of the Abuakwa Polyclinic to provide the best of psycho-social support to the victims.

The bodies of Mr and Mrs. Jackson, suspected to have died several weeks in their 2-bedroom apartment, were retrieved by the Abuakwa Police after they broke into their locked apartment.

Their two children, 11 and 13 years old who were found in unconscious state were rescued in the process.

Doctors at the Abuakwa Polyclinic have recommended psychotherapist support for the traumatized children who were locked in the apartment with their deceased parents.

Dr. Badu said, “Given the initial report and scope of this Abuakwa incident, a lot of psychological support programme may be required to forestall possible psychological and emotional challenges in the later years of these young victims.”

“The GPA team is being led by Daniel Fordjour, a Clinical Psychologist at the Komfo Anokye Teaching Hospital. They will initially take briefing from relevant stakeholders, do initial assessment and then based on their professional opinion, they can design an intervention to provide psychotherapy,” Dr. Badu revealed.

The GPA is worried the current state of the two children, if not addressed could pose dire consequences on them psychologically.

“Every life changing event can potentially affect an individual. In the case of a traumatic experience, the impact could be dire, long-standing and challenging. Many who experienced trauma but couldn’t get help or ignored to seek help later experience challenges and sadly some become patients prone to psychiatric disorders, cognitive impairments, and decreased quality of life.”

Meanwhile, the Police have hailed the progressive rate of recovery of the children as they hope to obtain more details on circumstances leading to the death of their parents from the young Jacksons.

IGP assures family of couple found dead in their home of thorough investigation.

The Inspector-General of Police has assured the family of a couple who died under bizarre circumstances at Maakro near Abuakwa in Kumasi of the best of investigations.

George Akuffo Dampare, who spoke to the mother of the late Ernestina Jackson on phone to commiserate with the family, assured the family that the Police will “get to the bottom of the matter”. A source close to the family told JoyNews.

The assurance comes as Police at Abuakwa look into circumstances that led Samuel Jackson to allegedly keep his wife’s corpse in their flat for several months.

The Abuakwa Police found the body of Mrs. Ernestina Jackson, born Ernestina Abenaa Gyaamah Boakye, wrapped in blanket with ice packs on it.

Police suspect the late Mrs. Jackson may have died some months ago before her husband.

The body of Samuel Jackson was also discovered by police in the family’s bathroom, sitting on the toilet, while their two teenage children were also rescued in an unconscious state.

The IGP’s assurance comes as the Ashanti Regional Police Commander, DCOP Afful Boakye Yiadom, was joined by some Divisional and District commanders to visit the couple’s two traumatized children who remain on admission at the Abuakwa Polyclinic on Wednesday.

Until Wednesday, Police sources said it had been difficult connecting with the families of the deceased.