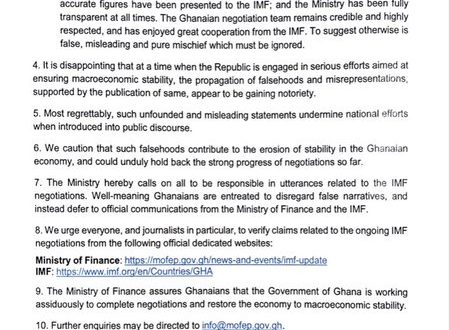 The Ministry of Finance has rejected claims that its negotiations with the International Monetary Fund (IMF) for a bailout have not been smooth as projected.

A statement from the Ministry said such claims are untrue and should be disregarded.

Some reports in the public domain say the negotiations are not going well because the Fund does not see any seriousness on the part of the government.

The report further claimed that the Government of Ghana does not have a programme for consideration by the IMF, as officials of the Fund had discovered inaccuracies in the macroeconomic figures presented by the government’s Economic Management Team.

But the Ministry of Finance in the statement issued by its Public Relations Unit said the reports are false.

“The allegation that the negotiations are not going well is categorically untrue. The IMF itself has on numerous occasions stated unequivocally that negotiations are progressing well, and affirmed that both parties are fully committed to reaching a deal as soon as feasible.”

The Ministry quoted several statements issued by the IMF to buttress its rejoinder.

“Again, the Ministry refutes the claim that the government does not have a program for consideration by the IMF. To the contrary, the government has submitted its Post COVID Programme for Economic Growth to the Fund, which programme has formed the basis of negotiations.”

“Finally, the Ministry of Finance strongly denies that there were inaccuracies in the figures presented to the IMF, leading to so-called “credibility issues”. None but accurate figures have been presented to the IMF; and the Ministry has been fully transparent at all times. The Ghanaian negotiation team remains credible and highly respected, and has enjoyed great cooperation from the IMF. To suggest otherwise is false, misleading and pure mischief which must be ignored.”

The Finance Ministry further rebuked persons making the contrary claims and urged them to desist from spewing such falsehood.

“The Ministry hereby calls on all to be responsible in utterances related to the IMF negotiations. Well-meaning Ghanaians are entreated to disregard false narratives, and instead, defer to official communications from the Ministry of Finance and the IMF.” 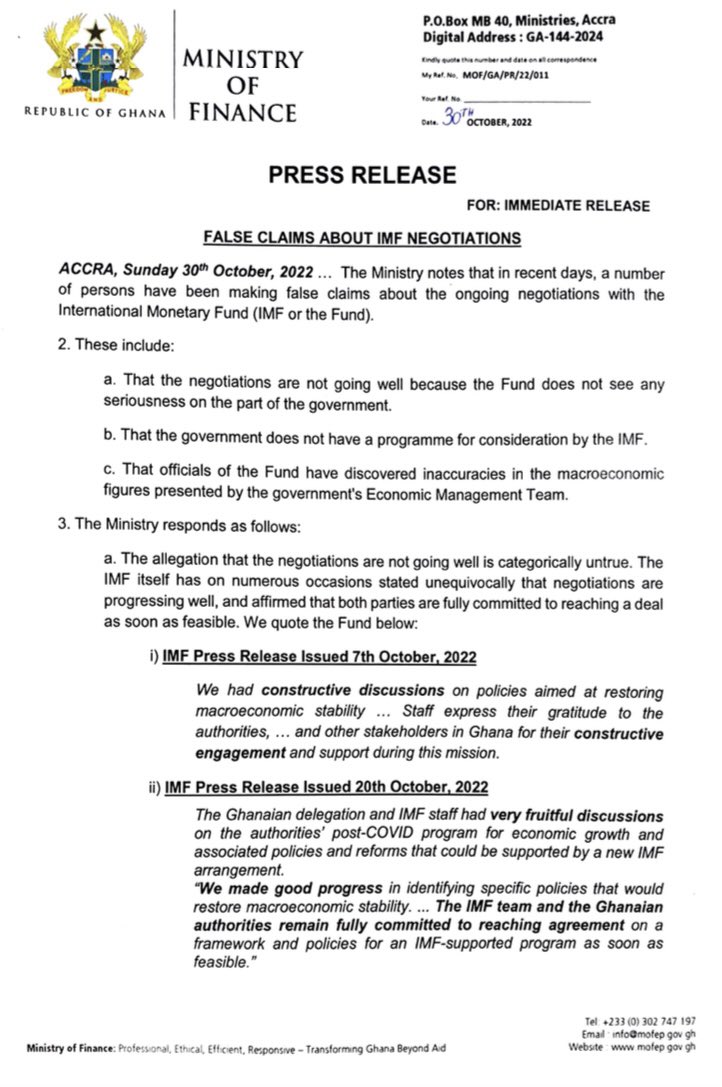 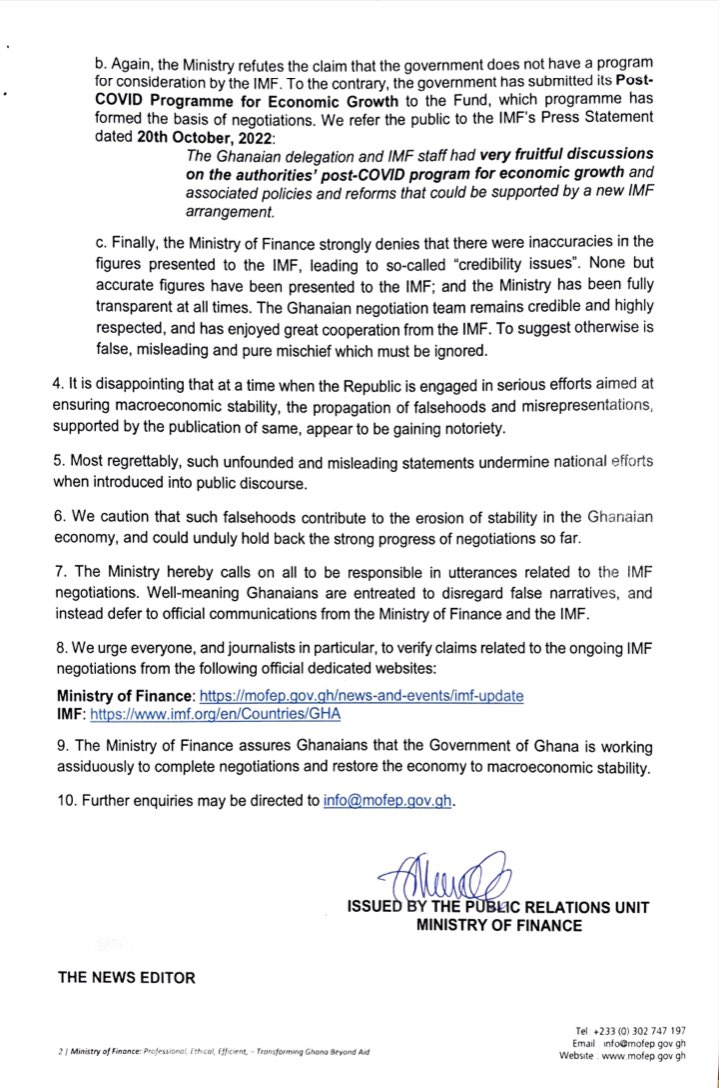