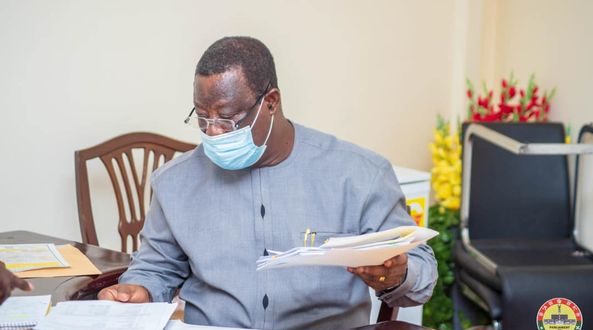 The Association of Road Contractors is lamenting government’s reluctance in settling debt owed them since 2018.

Members say the situation is really affecting their livelihoods and taking a toll on their health and businesses and rather frustrating.

Vice Chairman for the Association Stephen Atatsi while speaking on Akoma FM‘s weekend political show Wonsom, which was also telecast on Onua TV Saturday, December 3, revealed that most of their members are out of business and traumatized due to enormous financial burden on them as they took huge loans to execute government tasks (road projects).

The road contractors, who sounded disgruntled, told host of the show Aduanaba Kofi Asante Ennin that “since 2018, government hasn’t paid a penny to us and he owes us millions of dollars. The amount is as a result of delayed payment and accumulation of interest on certificates locked up at the sector ministry”.

Mr. Atatsi further lamented most of their members are hospitalized due to depression and frustration from persistent pressure from banks and other creditors.

He added that “some of the members are now living from hand to mouth because government has refused to pay huge amount of debt owed them. Some even cannot afford to buy their medical bills, so we are really going through a lot this is not fair”.

He expressed passionate grief about how unfairly government has been treating members of the Association of Road Contractors.

He further appealed to government to as matter of urgency come to their aid by paying up the four-year debt which is amounting to millions of dollars to salvage members of the Association and their families from excruciating situation they are faced with.