Breaking News
Home / EDUCATION / UG Management On Fee Increment: If You Feel There Is An Illegality, The Court Is There 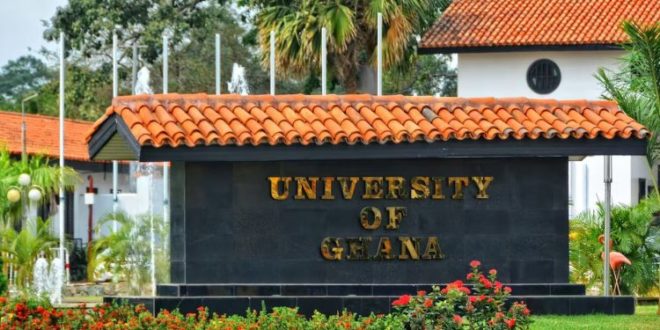 UG Management On Fee Increment: If You Feel There Is An Illegality, The Court Is There

The management of the University of Ghana has dared persons criticising its new fees as illegal to go to court.

Pro Vice Chancellor of the UG, Professor Gordon Awandare justified the increment saying the university is ready to challenge anybody who thinks otherwise in court.

According to him, the university will not condone any unmerited accusation.

“…To go on air and start talking about illegal increase and all that, that is a complete approach for any student to take because there is nothing illegal, if you feel there is an illegality, the court is there, we will meet you there,” he said.

It would be recalled that Parliament recently approved a 15% maximum increment in university fees from the previous academic year.

On the back of this, some universities have released provisional fees for the next academic year with very high percentage increments.

There has been a pushback from current and old students over the latest 15% increment approved by Parliament.

But the University of Ghana has been specifically called out for allegedly implementing above the 15% threshold with what it describes as a five per cent backlog.

The President of the National Union of Ghana Students (NUGS), Dennis Larbie has also described the move as unfair.

However, Prof Awandare stated that the university is ready to consider an appeal over the fee increment to “make it more palatable for students.”

“If it is an appeal to the look at how we can soften the blow, we will consider it. Our SRC met us and made some of those appeals, especially for fee-paying and some special programmes and we have taken steps on some of those,” he said.

Meanwhile, following a petition from aggrieved students, the Ministry of Education has invited the management of the public universities and Ghana Tertiary Education Commission (GTEC) to a meeting on Thursday to resolve the misgivings on the fees.

“University of Ghana, for instance, they are not denying the fact that they have indeed usurped what Parliament has decided but they are giving us the justification explaining why they are unable to go by the directive of Parliament,” he said.