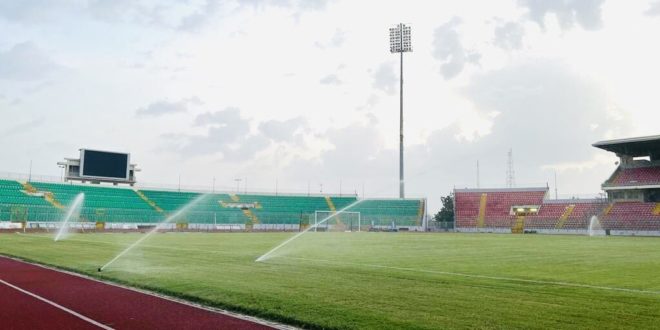 The National Sports Authority (NSA) has confirmed it will consider suggestions to name a stadium in Ghana after late football icon, Pele.

FIFA President, Gianni Infantino, at the memorial event of the Brazilian proposed every country name a stadium after the three-time World Cup winner in honour of his legacy.

Cape Verde has become the first nation to do so after naming its national stadium after Pele shortly after the proposal.

The Director General of the NSA Peter Twumasi has suggested the NSA is open to all forms of conversation to get a national sporting facility named after one of football’s greatest ever.

“The call by Infantino for nations to name a stadium in recognition of the football king, Pelé, is something many nations always do to honour their hero. For me, it is a good motivation for young players who aspire to reach the pinnacle of football and also serves as a magnet to unite people around the world.

“There are procedures to be followed in the renaming of the stadium and as we did with the Baba Yara Sports Stadium in Kumasi, and we are willing to engage appropriate stakeholders to make this happen, especially given the vast number of unnamed new sporting facilities in the country,” he told GNA.

The procedures for naming our athletic facilities after several national icons who helped shape different sports disciplines have even been initiated, according to Professor Twumasi.

“There are talks ongoing about naming some facilities after some heroes and institutions that have contributed to the development of sports. There are numerous proposals with the Ministry of Youth and Sports to make this happen, and hopefully, it can be done in the near future,” he added.