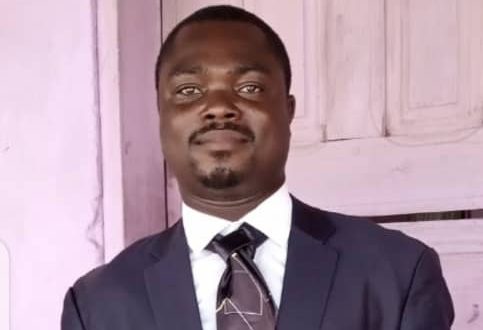 Godwin Agbeko Akpadzi
Intro
Let me start with these popular sayings that, &quot;when you failed to plan, you planned to fail and when a man wants to use a dove, he catches them the night before. This is to say, anything a man desires to do, he first ought to plan ahead and not delay his implementation strategies.

The responsibilities of a member of Parliament goes beyond the constitutional definition of law making, though that alone is a huge task. It is a professional job for unique personalities; selfless, smartness, lobbyists, committed and results oriented persons. Often than not, some constituents wrongly elects persons without these qualities for several reasons and are left with no option but wait for four long years to either repeat same mistake based on lack of assessment or information or better correct such errors.

The constituency is a peaceful area, equally opened to any citizen or political party to democratically filled and contest to gain a place in Ghana’s Parliament.

The constituency however, since its creation has been what I would called the jubilee play grounds for the National Democratic Congress (NDC) as they are the only political party that has been winning the constituency since its inception with overwhelming results. Thus it has become a phenomenon that more concentration efforts of the NDC membership in the constituency is laid on the party’s primaries with the obviousness to whoever wins the primaries will automatically win the general election. This may not be news or anything strange for a constituency in the Volta region as the Afadzato South; because this has always been the regional pattern. Below is a table of historical vote pattens in the constituency for the NDC and NPP which are the major parties that partakes in the elections.

Per the pattern, one may not be enthuse to partake or committed to the efforts of participating in the parliamentary election if he or she is not from or representing the NDC. This facts backed by historical data may continue to be same for decades or infinity except somebody or a group of persons decide to think and do things differently.

It is not impossible; it is doable but not a routine of funfairs. If you haven’t noticed yet, take a second look at the results table to find your shocker where, what you may be thinking is impossible nearly happened. The year 2000 elections; not the recent 2020 was the biggest chop for the NPP in Afadzato South (then called, Hohoe South ). Since then (20 years ago), that record of 32.2% has not been broken; but we appreciate the significant result of 2020 at 27.94%.

Starting from 1996 with a worst result of 2.6%, the NPP has never crosed 15% except the 2000 and 2020 elections. Interestingly, not just now but over the years, there have been Research and Election Officers in the NP from the constituency, regional and national levels. One can only wonder what has been the use of that  office as far as research is concern in the constituency.

Is it not bizarre to believe that all the research officers being appointed over the years have been incompetent or not up to the task in finding the roots of the poor performances and a possible solution for the NPP to win the seat in Parliament?. Is it the case that, the party fails to equip the Research Officers to do what they’ve been appointed to do the most; electoral findings, analysis and forcast for the party, before and after elections? If this was a game of three results which are win, lose or draw, then we may add a third wondering; Is it the case that, the Research Officer may devotedly play his part of the work yet his efforts will be ignored by not implementing whatever findings may be? Well, my head may be big but not that of two and certainly, another head in addition to mine may help find answers to questions bothering the minds of many patriots.

As a concern patriot, I took it upon myself as an independent researcher to lookout for somethingbeyond the popular song we always sing after every election that, &quot;this is Volta region, an NDC stronghold, NPP cannot win in this constituency&quot;. Amusingly, I came across very interesting developments and activities that characterises the various elections in the constituency since 1996 when I was a teenager. I spoke to both former and current executives, the grassroots and members and even some people outside the party; those who usually votes against the NPP. Interesting huh? Yes, we need to know why they don’t vote for the NPP candidate and what it’ll take for them to vote for the NPP. Some observations I met are, several party faithfuls who felt betrayed or neglected by some actions or inactions of leadership. Others felt the executives are owning the party to themselves and they have no say in the party unless you’re an executive. Others says, the resources in the party are not properly manage to the benefit of the larger party but some individuals. There are those who are bitter for losing or directly or indirectly denied contesting positions in the party or their positions taking away from them maliciously.

However, in regard to the little successes of 2000 and 2020, there are some amazing activities that could be revisited and properly done to boost the efforts of the party in winning the seat.While I am prepared to meet the party leadership with my detailed findings, I can summarily say the success of the NPP or not in winning a parliamentary seat in Afadzato south will be based on a committed decision from the national level to the constituency to make it happen. There’s an adage that says, ‘when the tortoise is embarking on a journey with other animals, it takes off earlier than them and moves with its shell in preparedness of sleeping overnight on the way’.