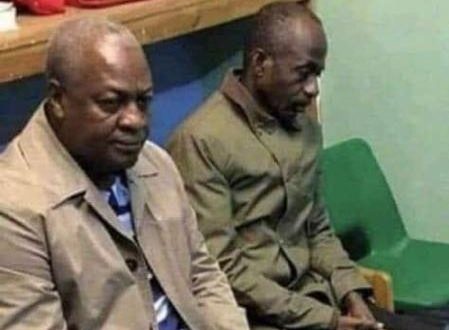 The Coalition of National Democratic Congress (NDC) Youth group in Tamale has asked the leadership of the party and the former president John Dramani Mahama to reverse the decision to remove Haruna Iddrisu as the Minority Leader.

Failure to do so will keep the party in opposition, Convener of the group Abdul Rahaman Shaibu said.

Rahaman Shaibu added that the group finds the reasons that were given by the leadership of the party for the changes unreasonable.

“The NDC should be prepared to remain in opposition,” he stressed.

He added “We find the reasons unreasonable.”

Meanwhile, Sixty (60) Members of Parliament on the side of the NDC have signed a petition to the party executives to reverse the decision to change its leadership in the House.

The MPs believe that the decision is unpopular for which they want it revered.

They  have called an emergency meeting in Parliament which the National Chairman Asiedu Nketia and the General Secretary Fifi Kwetey will be attending, Komla further reported.

Some of the NDC MPs including Ibrahim Murtala Mohammed expressed shock at the decision by the National Democratic Congress (NDC) to change the party’s leadership in Parliament.