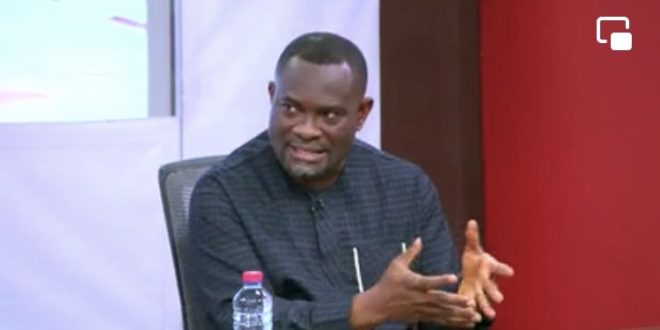 Mobile money operators are unhappy with government over its insistence on implementing the electronic transactions levy (E-Levy).

They have argued that the passage of the bill will lead to over a million job losses since it will discourage the usage of their services.

Reacting to their concerns on The Big Issue, a deputy Finance Minister, John Kumah said government’s research shows that there will be a 24 percent attrition rate in the first six months after the implementation of the levy.

“The research also told us what should be done to bring back these people after a while, and we have all these things in place,” he added.

He however said this attrition rate will not lead to job losses.

“It is a matter of engagement and letting people understand that, don’t avoid it. It is your pride of place as a Ghanaian to know that your contribution is helping to build your country.”

“The government is “more than confident” that the level of attrition rate “will not lead to job losses,” he added.

John Kumah further indicated that government intends to go ahead with a new 1.5 percent rate for the electronic transactions levy, despite the rejection by the Minority in Parliament and opposition from a section of the public.

“Why would an extra 1.5 percent make people feel like they are no longer going to [use mobile money] when they know the extra 1.5 percent is even to their own benefit because, at the end of the day, these taxes are for you and me.”

The government met with the Minority on Friday, where the reduction from 1.75 percent to 1.5 percent was rejected.

According to Citi News sources, the reduction was informed by concessions from the telcos to reduce their 1 percent charge on transactions by up to 0.25 percent.

The e-levy was introduced by the government in the 2022 Budget on basic transactions related to digital payments and electronic platform transactions.

The rate in the budget was 1.75 percent and is to apply to electronic transactions that are more than GH¢100 on a daily basis.

This is in addition to the 1 percent telcos charge on transactions.

According to the budget, up to 0.25 percentage points of the 1.5 percent e-levy or 16.7 percent of the yield from the levy, should be used to support road infrastructure development.

Ten percent of the 0.25 percentage points, i.e. 1.67 percent of the yield from the levy, is to be dedicated to the improvement in public transportation, including the purchase of buses.

The levy has sparked controversy because of its impact on mobile money transactions and poor Ghanaians that use it.