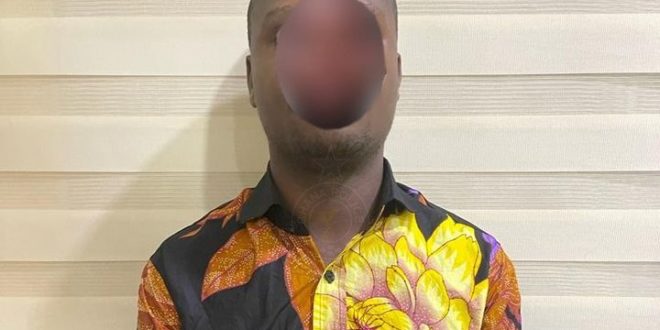 The Police have arrested a man suspected to be the person in an audio tape describing an alleged elaborate incident of criminal behaviour on the part of some police personnel.

In the said audio tape that has been widely circulated, the man who introduced himself as Dr. Patrick Asiedu claimed that he had been stopped by some police officers who planted substances suspected to be narcotics in his car and attempted to extort money from him. 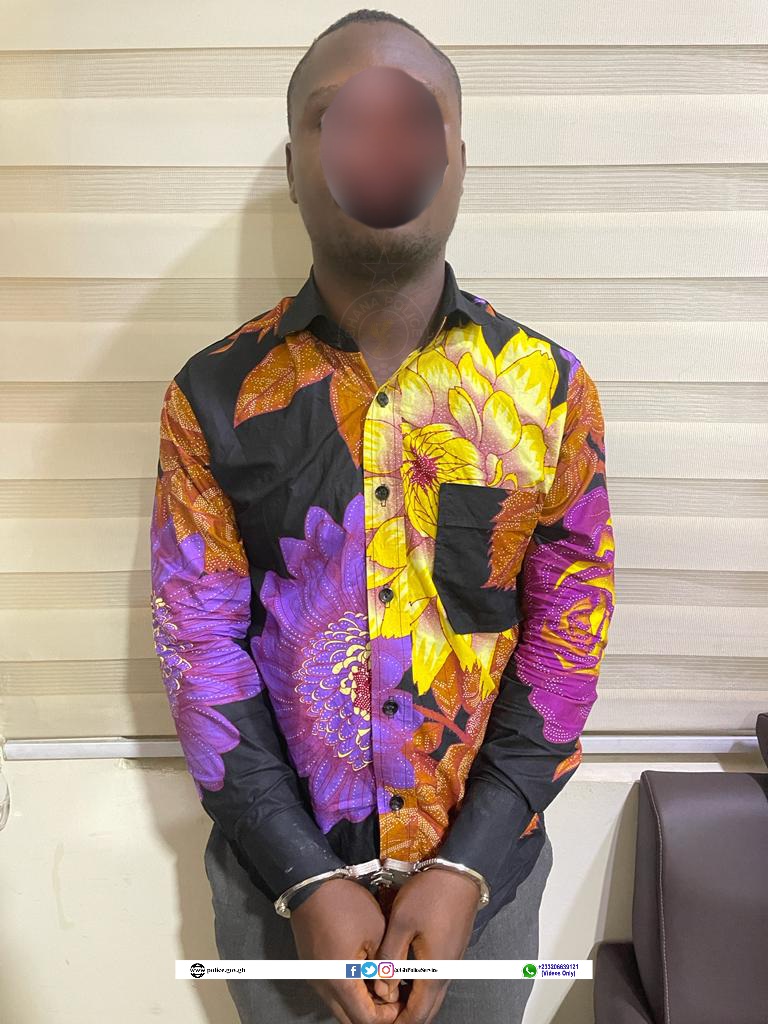 In a press statement announcing the arrest, the police stated that their investigations so far have established that the man, who has since been arrested, is indeed called Patrick Asiedu. He is, however, an Uber driver and not a doctor.

They stated that their investigations also show that the entire story narrated in the audio tape is false and a total fabrication by the suspect.

They added that “the supposed military intervention and the alleged fight between the Police officers and the military described in such dramatic detail in the audio tape are all false and a figment of the suspect’s imagination.

“Equally false are the vivid descriptions of having been taken to the Accra Central and East Legon Police Stations as well as the Narcotics Control Commission. The claims of fingerprints being taken are all also untrue.”

See also  Dan Botwe To MMDCEs: ‘You Will Face Sanctions When You Misbehave’

Patrick Asiedu, the suspect, however, alleged that he had once witnessed a similar incident.

Meanwhile, in another audio tape that has come to the attention of the Police, the suspect had alleged he had met with the Inspector-General of Police.

“We wish to categorically state that this claim is also false and should be disregarded,” the police said.

The Police have assured that investigations are still ongoing and the suspect, Patrick Asiedu, who is currently in police custody, will be brought to face justice. 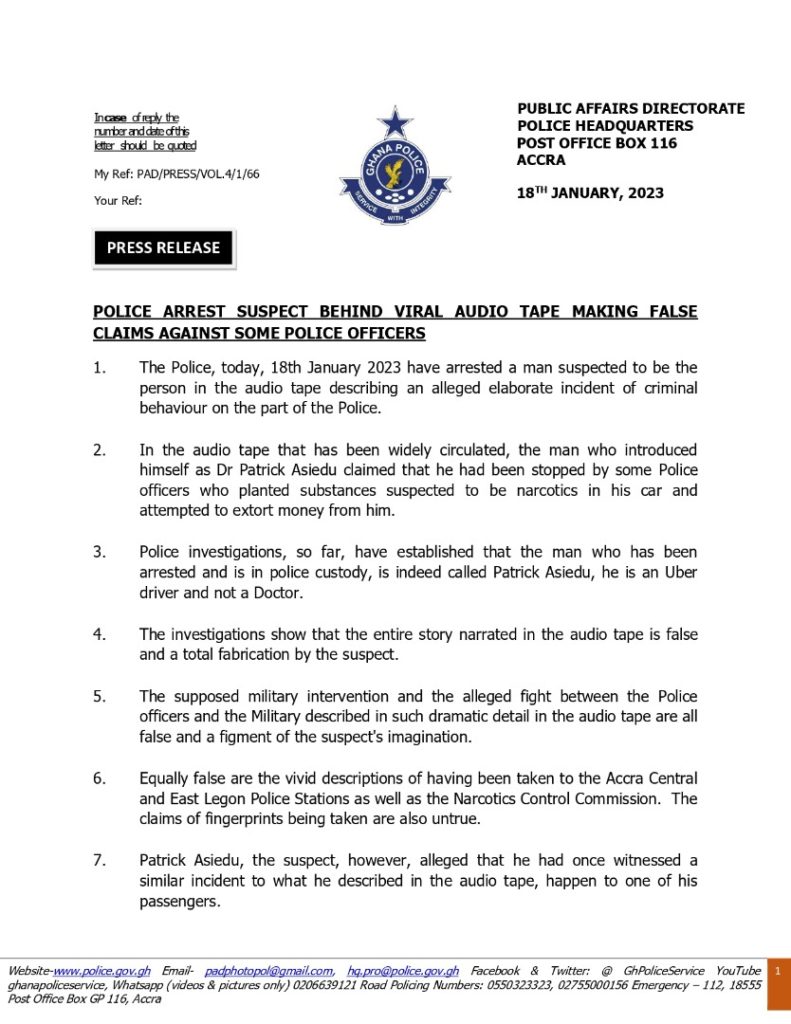 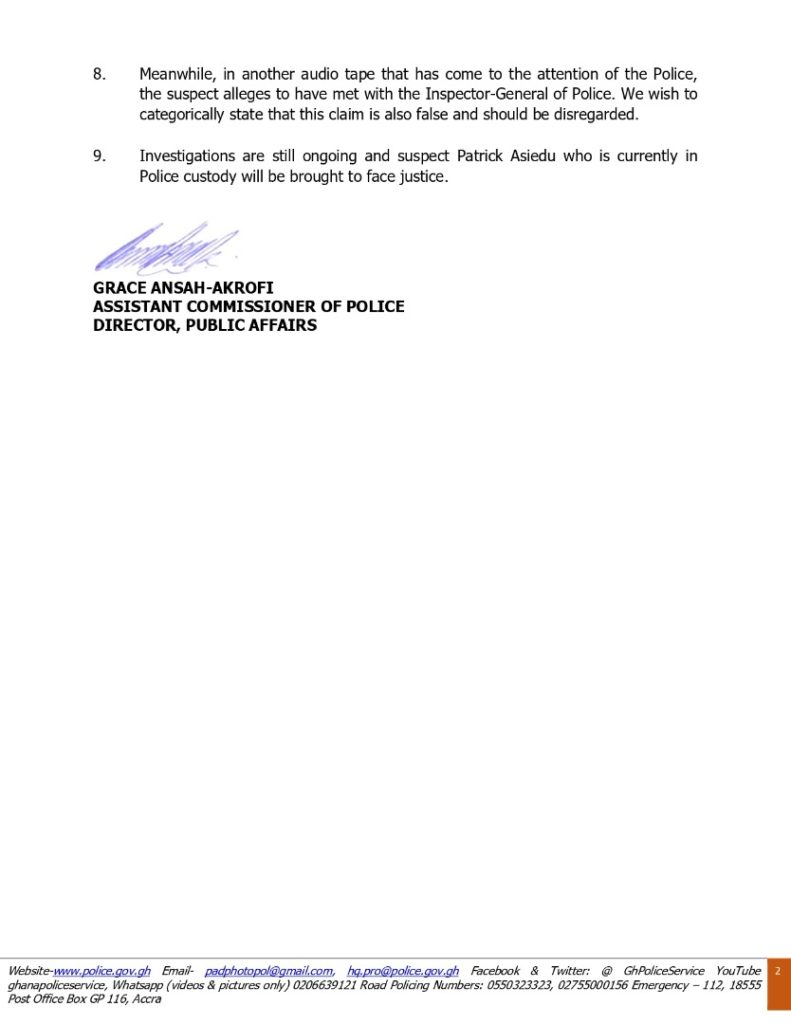