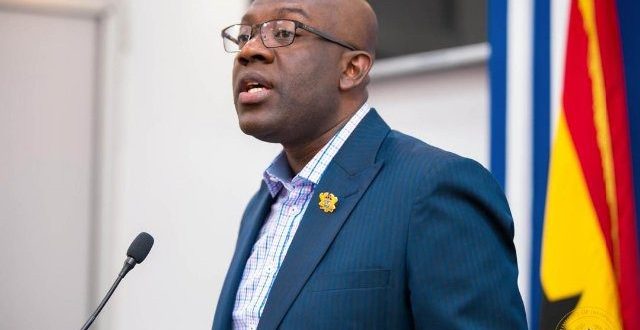 Information Minister Kojo Oppong Nkrumah has told Parliament to approve the 2022 budget statement presented by the Minister of Finance.

He explained during a debate on the budget statement in Parliament on Tuesday November 23 that the document tackles the problems that the country is saddled with at the moment.

For instance, he said, the budget has special arrangement to address the issue of youth unemployment in the country.

This and several other reasons make it crucial for this budget to be approved by the House, the Ofoase Ayirebi lawmaker said.

“The most important question, unemployment is answered by this budget,” he said.

Mr Oppong Nkrumah further urged his colleagues in the Minority to approach the discussion on the budget from nationalistic perspective.

His admonishing comes after the Minority Spokesperson on Finance Casiel Ato Forson had said the 2022 budget statement is unacceptable.

Ato Forson also noted that the content of the budget is unrealistic.

Contributing to a debate on the budget in Parliament on Tuesday November 23, he said the New Patriotic Party (NPP) administration inherited a debt of GHS120 billion from the National Democratic Congress (NDC) but within four years, it has shot up to 341billion cedis

“In fact, if you do the maths, within four and half years you have incurred GHS221billion, representing almost 65 per cent of our GDP,” the lawmaker for Ajumako-Enyan-Esiam said.

“This budget is the most inconsistent budget I have ever seen,” he said.