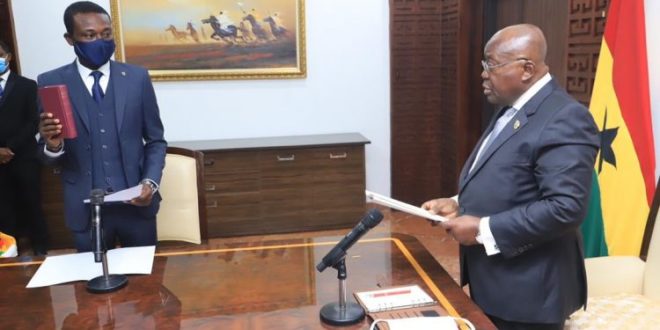 Special Prosecutor: I Don’t Think We Are Ready To Fight Corruption

The Special Prosecutor, Kissi Agyebeng, has expressed doubt about the country’s preparedness to fight corruption.

In a presentation on Newsfile, Saturday, full of rhetorical questions, he asked, “are we ready for the fight against corruption?, from where I sit, I don’t think we are.”

“We expect so much from the institutions fighting corruption, but collectively, are we ready?” he quizzed.

Mr. Agyebeng explained that he is compelled to ask this question because many people who witness acts of corruption are afraid to report.

“A good measure of the reason why I say we are not ready yet, is that more than 60% of persons fear retaliation if they report corruption. And it is very dire. Even law enforcement agencies, even the Office of the Special prosecutor, even the Special Prosecutor himself is not spared this specter of push back retaliation and that is why I situate it in the question I asked that, are we ready? Everyone should ask themselves,” he stated on the third edition of the ‘Joy-Change Speakers Series’ on Newsfile.

He noted though that with the right attitude, Ghana will be able to bring the canker to a bearable minimum.

“On the part of anti-corruption institutions, and by this I am referring to the flagship agencies- Office of the Special Prosecutor, CHRAJ, EOCO and other anti-corruption agencies. Are we really doing what the republic has tasked us to do or we are engaging in our own predilections? We have done much in collaboration, in forging ahead together, in fighting corruption, but is there more we can do, I believe we can do more, we can win the fight against corruption. So I charge the anti-corruption agencies, let us do so. Let us not disappoint Ghana,” Mr. Agyebeng said.

Corruption has been the bane of Ghana’s development. Several agencies have been put in place to fight the canker, yet it continues unabated.

Mr. Agyebeng also charged members of the Judiciary, the bar and civil society to help in the fight against corruption.

“If we want to fight corruption, we must all get involved” he urged.

He pledged that the OSP will protect all those who provide information on corrupt practices.

Mr. Agyebeng noted that if this is done “we can bring corruption down.”

He told those who are engaged in corruption that sooner than later, they will be “found, prosecuted and jailed.”

Corruption has been a major issue during the year under the review, with the Office of the Special Prosecutor leading the fight against it.

Earlier this year, a total of ¢17.4 billion in financial irregularities was flagged by the Auditor-General in its latest report submitted to parliament for the 2021 financial year.

This represented a 36% rise compared to that of 2020. This was the conclusion reached by the Auditor-General after an audit of the accounts of at least 101 institutions.

Followimg this other related developments, some Ghanaians have been expressing their disquiet about the slow pace at which the Office handles corruption cases.

However, the Office has consistently maintained that it is focused on its mandate.