Breaking News
Home / POLITICS / We Gave You Chance To Electrocute NPP But You Didn’t; ‘You Made Your Bed; Lie In It’ – Ivor To #FixTheCountry Campaigners 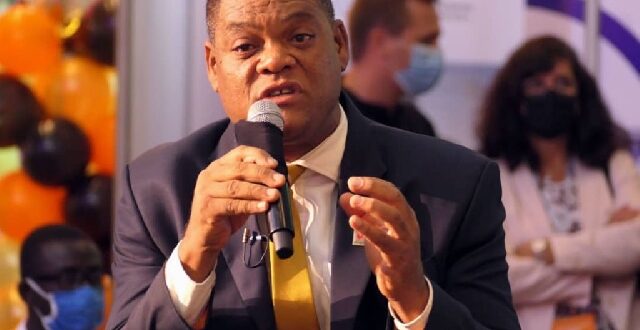 We Gave You Chance To Electrocute NPP But You Didn’t; ‘You Made Your Bed; Lie In It’ – Ivor To #FixTheCountry Campaigners

The 2020 presidential candidate of the Convention People’s Party (CPP), Mr Ivor Greenstreet, has expressed surprise at the clamour by some Ghanaians for the country to be fixed just a few months after the same people voted the New Patriotic Party (NPP) back into office in the 7 December polls of last year despite having been presented with alternatives, including the CPP.

However, speaking in an exclusive interview with ClassFMonline.com’s Emmanuel Mensah on the sidelines of the od cutting ceremony of the pan Africa heritage world museum on Wednesday, 5 May 2021, Mr Greenstreet said the campaigners should bear the consequences of their electoral choice.

“It is the same youth with the hashtag #FixTheCountry who saw fit to give the vast majority of their votes to the government now, which is in office, and that is why the NPP will return to power and the largest opposition party is also there in terms of what the votes they were able to accumulate during the elections”, Mr Greenstreet said.

Meanwhile, he noted, “the people of Ghana had a choice – a choice of different policies, alternative direction and a way which will lead to different results: results which will mean greater opportunity for the youth, greater employment for the youth and greater hope for all Ghanaians – so, once you have made your bed, as they say: ‘You lie in it’”.

So, he added, “I’m surprised [that] after just a short period of time, they are complaining”.

“They voted for them and they voted to put them back in office”, he noted.

He continued: I’m assuming they voted for them based on analyses of their policies and programmes, so, it means they were happy with what they were coming to do”.

“So, after two or three months, they are already complaining?” he wondered.

In his view, the campaigners “should know that they’ve made the wrong decision and that’s the consequence of the decision that they have made”.

Instead of retaining the NPP in office, Mr Greenstreet said: “I think it would have been better, rather, to have sent a signal to the two largest parties in this country that we are tired of their policies and their failed policies over the last 20 years or so, which have taken this nation nowhere and had given them, as we were asking them to, an electric shock but they weren’t ready to do that, so, they should make their bed and they should lie in it”.

Meanwhile, the police has said it cannot allow the campaigners to go on their 9 May 2021 demonstration.

I'm Adwenpa-Hene |Blogger & Broadcaster Journalist. I am the CEO and manager of this noble website. I publish on Entertainment, Sports, Politics, Lifestyle, and Technology. You can also follow Us on : YouTube Channel - My Ghana Media TV, Facebook - MyghanaMedia TV , Twitter - @MyGhanamedia2 & Instagram - My Ghana Media TV. Email Address: [email protected] Contact Us: 0200818719
@@MyGhanamedia2
Previous Titus-Glover To Contest In Tema East Again In 2024
Next Be calm; We Will Cordially Resolve Wesley Girls’ No-Fasting Impasse – Muslim Caucus