Breaking News
Home / GENERAL NEWS / MP For Ajumako-Enyan-Esiam, Ato Forson Reacts To Criminal Charges Against Him; I Shall Not Be Distracted 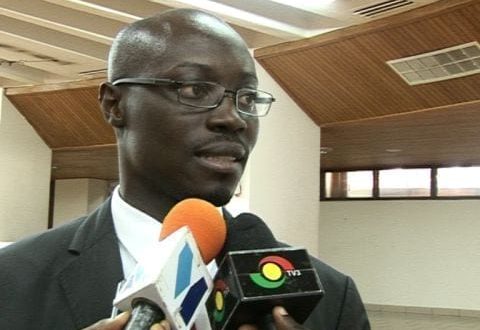 MP For Ajumako-Enyan-Esiam, Ato Forson Reacts To Criminal Charges Against Him; I Shall Not Be Distracted

The Member of Parliament for Ajumako-Enyan-Esiam Constituency, Casiel Ato Forson has reacted to the charges against him for willfully causing financial loss to the state.

He said he will not be distracted by what he believes is the machinations of the State just because I stand with the good people of Ghana to oppose repressive policies of this government.

“My attention has been drawn to the widely circulated stories suggesting that the Akufo Addo government has brought criminal charges against me.

“As I prepare to fully address the matter tomorrow at a press briefing I urge all right thinking members of our society to remain calm and note that I shall not be distracted by the machinations of the State just because I stand with the good people of Ghana to oppose repressive policies of this government!,” he said in a short statement on Thursday December 23.

The Ranking Member of the Finance Committee of Parliament  together with two others, has been dragged to the High Court on five counts of willfully causing financial loss to the state.

According to the facts of the case, Dr Ato Forson, when he was a Deputy Finance Minister under the Mahama administration, executed a contract by the government of Ghana to purchase some 200 ambulances for the National Ambulance Service.

Despite the granting of a medium term loan facility of €15.8 million for the 200 ambulances, only 10 were shipped to Ghana in 2014.

“A post-delivery inspection of the first batch of 10 ambulances revealed that same were without any medical equipment in them.

“Other fundamental defects included defects on the body of the vehicles and the patient compartment of the ambulances,” the writ noted.

The two other accused are Sylvester Anemana, who was a Chief Director at the Ministry of Health, and Richard Jakpa, the Ghana representative of Dubai-based Big Sea General Trading Limited.

While Sylvester Anemana has been charged for abetment of crime namely wilfully causing financial loss to the state contrary to Sections 20(1) and 179A(3)(a) of the Criminal Offences Act, 1960 and breaching the Public Procurement Act, Richard Jakpa is on a charge of wilfully causing financial loss to the state “by intentionally causing vehicles purporting to be ambulances to be supplied tot he Republic of Ghana by Big Sea General Trading Ltd of Dubai without due cause”.

Mr Ato Forson, who is the first accused, has additionally been charged for intentionally misapplying public property contrary to section 1(2) of the Public Property Protection Act, 1977.

He is said to have misapplied €2.37 million by causing irrevocable Letters of Credit to be established against the budget of the Ministry of Health in favour of the Dubai-based firm.

The charges were brought against the three by the state.