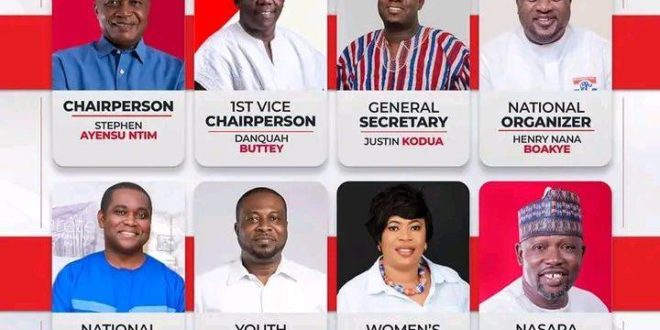 The Electoral Commission has officially declared Stephen Ayesu Ntim as the new National Chairman of the ruling New Patriotic, at the just ended Annual Delegates’ Conference held at the Accra Sports Stadium on Saturday, 16th July, 2022.

See also  ‘Surely, NDC Will Move Heaven And Earth, Mahama Can Never Be President Again - Why’

Subsequently, after the declaration of the results by the Electoral Commission, they were sworn into office by the outgoing National Chairman Freddie Blay. 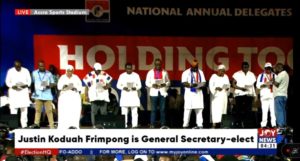 The newly elected Chairman, Stephen Ntim in his acceptance speech expressed gratitude to the party for having confidence in him to elect him as the next chairman of the party after 20years in the wilderness.

Below are the full results: