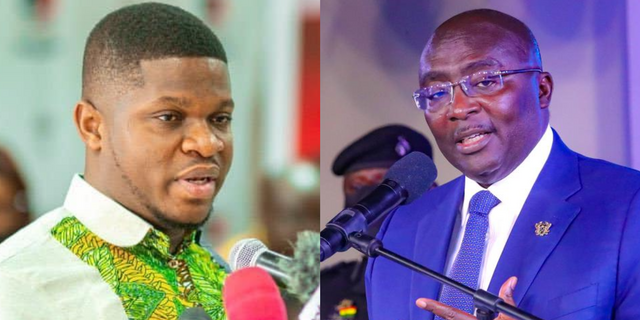 ‘Will Things Ever Get Better?’ – Sammy Gyamfi Asks Dr. Bawumia

The National Communications Officer of the National Democratic Congress (NDC) Sammy Gyamfi has criticized Vice President Dr Mahama Bawumia who is head of the Economic Management Team (EMT) for the rising fuel prices in the country.

Fuel prices in some filling stations including Total Energies, have gone to almost GH¢16 per litre on Monday October 17.

Total Energies is selling diesel at GH¢15.99 per litre and selling petrol at GH¢13.10 per litre.

Sammy Gyamfi in a tweet said “A gallon of diesel is selling at GHS72, while the dollar is selling at GHS12.5. Cost of living keeps soaring but the braggadocious talkative and chairman of the EMT @MBawumia who was once projected as the answer to all our economic woes has gone awol. Will things ever get better?”

A gallon of diesel is selling at GHS72, while the dollar is selling at GHS12.5. Cost of living keeps soaring but the braggadocious talkative and chairman of the EMT @MBawumia who was once projected as the answer to all our economic woes has gone awol. Will things ever get better? pic.twitter.com/tDOuOaqfoN

Energy think tank the Institute of Energy Security (IES) projected that fuel prices would go higher following the fall of the Cedi against the Dollar.

The energy think tank’s analysis of the foreign exchange (Forex) market over the last two week revealed a further depreciation of the Cedi against the US Dollar.

To that end, “The Institute for Energy Security (IES) projects an increase in price for all major products at the pump, due to the increases in price of the products on the international market, and the significant decline in the value of the local currency against the greenback.

“The sharp rise in Gasoline and Gasoil prices on the global market may drive the price of domestic Gasoline and Gasoil rise higher, as against the rise in LPG price. In IES’ estimation, consumers of Gasoline and Gasoil may pay between 7 and 12 percent more for a liter at the pump in the next two weeks, with Gasoil per liter price hinging close to Gh¢15. Although the rise in price of LPG on the world market was moderate, the significant fall in the value of the Cedi, may cause the domestic selling price to rise by not less than 4 percent at the local pump.

“It must also be noted that competition for market share will account for variance in the rate of increases at the pump, across various OMCs.”

I'm Adwenpa-Hene |Blogger & Broadcaster Journalist. I am the CEO and manager of this noble website. I publish on Entertainment, Sports, Politics, Lifestyle, and Technology. You can also follow Us on : YouTube Channel - My Ghana Media TV, Facebook - MyghanaMedia TV , Twitter - @MyGhanamedia2 & Instagram - My Ghana Media TV. Email Address: [email protected] Contact Us: 0200818719
@@MyGhanamedia2
Previous ‘Even If You Seize Our Machines, We Will Use Our Hands’ – ‘Galamsey’ Night Workers Mock President Akufo-Addo [video]
Next Akufo-Addo Commissions Residential Accommodation For Appeals Court Judges;120 Courts &150 Bungalows For Judiciary