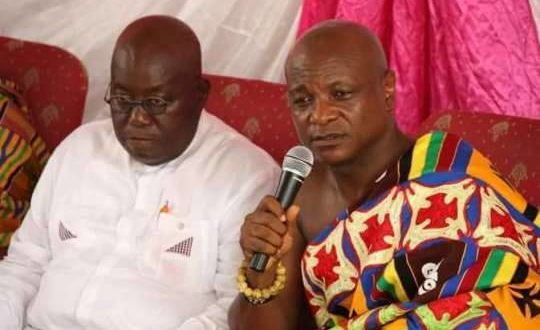 Togbe Afede XIV: Government’s Promise Of ‘No Haircut’ A Mockery

The Agbogbomefia Paramount Chief of Asogli State has described the government’s promise of “no haircuts” in the ongoing debt exchange programme as a mockery.

Togbe Afede XIV said the opposite is currently happening.

According to him, a reduction in a promised coupon simply means a “haircut.”

In a 14-page opinion piece, the venerable chief lamented about the impact of the situation.

He questioned how a country blessed with so many resources could be mismanaged into this state.

“We are now faced with questions about debt sustainability and our ability to find the fiscal space to fund urgent and critical development needs.

See also  How Can I Kill My Nephew Seek Of Money, He Stole From Me– Kpoo Kɛkɛ CEO

“Now, the fears about Ghana defaulting on its debt repayment have effectively materialised with the announcement of a domestic Debt Exchange Programme.

“And we are making a mockery of ourselves talking ‘no haircuts’ when that is exactly the effect of reduction in promised coupon payments,” he said.

The programme which was announced by the Finance Minister, Ken Ofori-Atta on Sunday, December 4, is aimed at realigning some domestic bonds.

This, when achieved, will give the government fiscal space ahead of the bailout package from the International Monetary Fund (IMF).

Mr. Ofori-Atta in a subsequent presser on Monday said the government was inviting “holders of domestic debt to voluntarily exchange approximately GH¢137 billion of the domestic notes and bonds of the Republic, including E.S.L.A. and Daakye bonds, for a package of New Bonds to be issued by the Republic.”

The domestic debt exchange programme, which is a Government initiative seeks to classify domestic bonds into four categories to create fiscal space as part of preparations to qualify Ghana for an IMF facility.

The Minister also promised that there will be no haircuts on principals but the venerable chief disagrees.