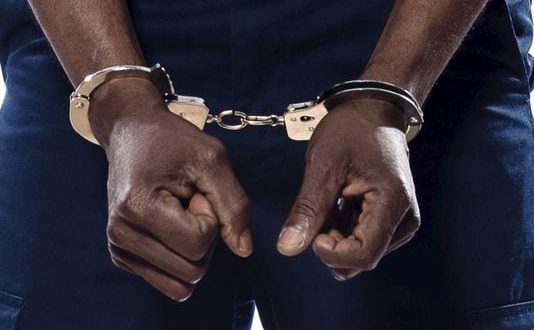 The two have been charged with conspiracy to commit murder, attempted murder and possession of fire arms and ammunition without lawful authority.

The police have, however, launched a manhunt for a third suspect who is on the run.

According to the prosecution, the police’s investigations show that a misunderstanding ensued between the fire officers and the third suspect who is on the run.

The police say the two persons who have been arrested – Banda Johnson and William Owusu who are acquaintances of the third suspect – later confronted the fire officers and shot them.

One of the officers was shot in the leg while the other was hit in the arm.

The fire officers, who sustained gunshot wounds, are responding to treatment at the hospital.

The police after arresting the suspects retrieved two pistols which were allegedly used to commit the act.

The police also impounded a Land Rover vehicle belonging to the suspects.

The court subsequently remanded the two accused persons who appeared before it and are expected to reappear on Thursday, November 3.

The suspects in custody are all ex-military officers.

I'm Adwenpa-Hene |Blogger & Broadcaster Journalist. I am the CEO and manager of this noble website. I publish on Entertainment, Sports, Politics, Lifestyle, and Technology. You can also follow Us on : YouTube Channel - My Ghana Media TV, Facebook - MyghanaMedia TV , Twitter - @MyGhanamedia2 & Instagram - My Ghana Media TV. Email Address: [email protected] Contact Us: 0200818719
@@MyGhanamedia2
Previous ‘I Will Shame You All’ – Akufo-Addo Tells Detractors In Ashanti Region
Next NPP Rolls Out New Membership Cards