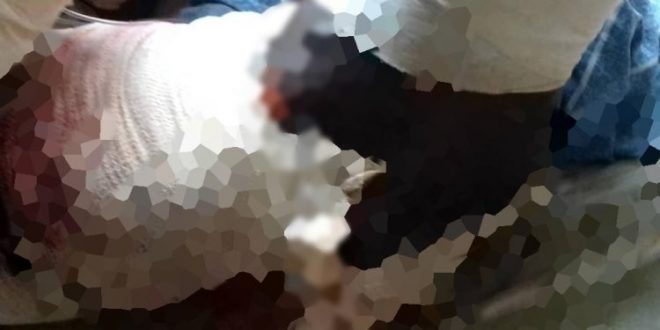 The illegal gold miner who was last Wednesday allegedly assaulted and set ablaze by security personnel of Adamus Resources, a mining company at Nkroful, has died at the Korle Bu Teaching Hospital in Accra.

27-year-old Michael Derry, alias Budo, was arrested on Adamus’ mining concession at Anwia-Bokazo in the Ellembelle District of the Western Region by the company’s security personnel.

After allegedly molesting Derry, the security personnel poured fuel on him and torched him until he sustained life-threatening burns, according to an eyewitness.

Confirming his passing to Citi News, his elder brother, Kofi Michael, who was with him at the Korle Bu Teaching Hospital, said he died after 9 pm on Sunday.

“Our father had his leg amputated because of a sickness on the very day Michael Derry was burnt. So I don’t even know how to bring the bad news of Budo’s passing to him”, he said.

The Convener of the Committee of Concerned Citizens of Nzema Descent, Elizabeth Allua Vaah, reacting to Budo’s passing, said Budo’s life-threatening injuries became critical for the St. Martin de Porres Hospital at Eikwe; hence he was transferred to Korle Bu.

The Convener of the Committee of Concerned Citizens of Nzema Descent, who described the burning of Budo as unfair and inhumane, demanded the truth from Adamus Resources and swift investigation by the police for justice to be done.

“His condition deteriorated and was rushed to Korle Bu, and we were expecting that he would get better, but on Sunday evening, another message came that he had passed. It is really sad and people are downhearted, the youth especially. I’m calling on the police to get the investigation underway. We want to see justice done for Budo, and we want the company, Adamus to come clean on what actually happened. Not just that, but there has to be a reset of the relationships of these companies and the communities that they operate in“, she said.

Elizabeth added that as much she is against illegal small scale mining, the law must not be abused.

“As an advocate for the environment and someone who wants people to stay away from galamsey because of the destruction that it causes to our rivers and land, this should not warrant anybody subjecting others to the sort of treatment Budo underwent. There are laws in the country and when people break laws, the law must deal with them. We cannot be judge and jury and decide to do what was allegedly done to the young man. As a native of this area and knowing he could have been my sibling or even a son, his passing is hurtful,“ she added.

Elizabeth, who also leads the Ghana Environmental Advocacy Group, while proposing ways of addressing illegal mining, called for a fair share of resource revenues to be invested in resource-rich communities.

“The broader question is why should resource-rich communities be among some of the poorest communities in Ghana. When you come to the three districts of Nzema, we have gold and oil in commercial qualities, but when you go to the communities, you would see poverty, hence you see the situation this young man has found himself. There has to be a reset, but not just take a little bit of envelope and give it to the chief and something small to the government for whatever resources there. There has to be positive change in the community that these companies operate in. There has to be accountability. We have called for a fund to be established so that every money being taken from here, a portion would be put into it. So that it would be used specifically for the betterment of the youth and the people of these communities“, she proposed.

Michael Derry, alias Budo hails from Nandom but has been staying in the Nzema land for some time and can even speak the Nzema language.

Citi News upon hearing the passing of Budo reached out to the Social Responsibility Manager of Adamus Resources, Francis Baah, but was unavailable.

Meanwhile, the Divisional Police Commander of Essiama, ACP Dodzie Hlordzi, has earlier told Citi News the command has embarked on an investigation into the circumstances of the burning of Michael Derry, alias Budo.